The year 2006 witnessed a new era on Indian Television. Away from the Saas - Bahu sagas, Left Right Left brought a major change to Television. Six messed up individuals come face to face with their toughest adventures, and together they make the impossible into possible. With their nave yet sly attitude, one cannot resist falling in love with each of these six characters.

The journey of Pooja, Huda, Alekh, Naina, Ali and Yudi, has been a year old now. Naina continues to fight for her brother, Ali is still burdened by responsibilities, Alekh has begun seeing a different view of life, Pooja has found her true love interest, while poor Huda is still struggling to woo Naina… Living the reel characters, the actors of the show go thru their share of ups and downs. We talk to few of the actors themselves who share their experiences of the show. 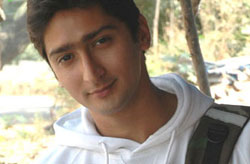 Featured Video
Kunal Kapoor : I don't really know how far we have reached as far as Left Right Left goes. We started on a journey with a different perspective but it has changed today. Lot of change for the better, there are some things that I wish didn't happen. It's like any other journey, you discover something, you like something while you don't like something. In some cases you are bound to be disappointed sometime. Life cannot be a rosy picture all the time. But it's been a wholesome journey. 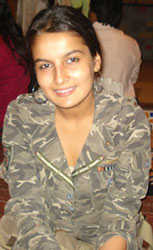 Priyanka Bassi : It has been a beautiful and tremendous journey this last one year. I have loved this show to the hilt and formed and grown up as an actress and a human being. This show has made me a stronger person both physically and mentally. Made me a more determined girl which I always was… It has enhanced my personality and made me more ambitious. It was a beautiful journey, I have actually got to have a beautiful family, a well bonded family. On the sets we hardly feel or miss our home. 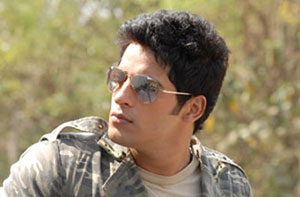 Vikas Manaktala : This one year journey through Left Right Left has been really good, really learning… I have come across the best of cast, best of producers and the best of directors here so far as far as my career is concerned. This is a wonderful team. It was simply wonderful to be working with Rajeev. He was like a mentor not just in the serial or sets but even in real life for me. 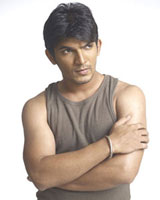 Arjun Bijlani : It was just great! This one year trip has been fun. But let me tell you it was very very hectic. Because Left Right Left is not like any other show where you just come say your dialogues and go… There's lot of action and drills which we have to go through. So this one year we have done so much of drill that now I can say we have actually become like army people. Because all those drill… we finally land up doing real drill. But it's fun because you hardly get to do such things on television.


We would like to give the entire team of Left Right Left a huge round of applause for completing an entire year. Although we will miss watching Capt. Shaikhavat in the show, we look forward to the young cadets blazing thru the twists and turns of life… [Harshad and Pooja were unavalible for the comments]

3 years ago As Yudi you where awesome Kunal Karan Kapoor.

5 years ago You are the Rockstar Kunal Karan Kapoor ...love you as Yudi

6 years ago Kunal Karan Kapoor you rock. come back soon.

6 years ago Kunal Karan Kapoor. you were so marvellous as yudi and loved you as hot n happenning Maddonna.Wish to c u soon onscreen again

7 years ago Kunal Karan Kapoor you are my favorite actor ! wish you lot of happiness

7 years ago love you in left right left Kunal Karan Kapoor ! you was great !!!