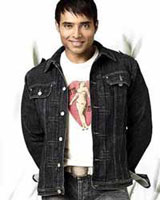 Featured Video
soon with Yash Raj's next 'Love Impossible.' Well this sounds like something very much close to Uday, doesn't it?


In real life love has been impossible for Uday. Few years back his relationship with Taneesha was talk of the town. Though they were not that open about it but everyone knew that they were seeing each other. However things didn't turned well and both broke up. But still they are good friends.


'Love Impossible' will be a love story starring Priyanka Chopra, Dino Morea and Uday Chopra.As known in the film, Priyanka plays a mega star, who has a boyfriend (Dino Morea) and later falls in love with a bookshop owner played by Uday Chopra. This role is very close to Uday.


This is for the first time that three are working together. Now let's wait and watch makes 'Love Impossible' for them.