Gaurav Chopra, one of the most stylish actors in tellytown now sports a brand new look in the new series of Left Right Left. The actor, whose long curly hair, won many a girl's heart has a smart crew-cut to go with the role of Lt. Abhimanyu Rai Chauhan. 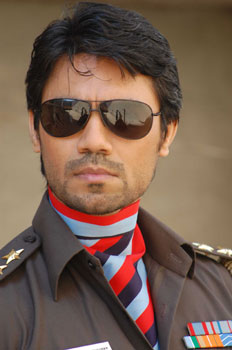 Featured Video
But why did he take this sudden decision? Ask Gaurav and he will respond, "It was my decision and the creative team welcomed that. When I had started this show, I played a secret agent who was in the academy to solve a particular mystery and was introduced as a music teacher to the cadets. So I could take the liberty of being fashionable and sport a beard and long hair. But in this new series, I will be playing an army officer from the beginning, so it is only natural that I look my role!"

Apparently Gaurav was also quite bored with his long hair look. "When I came in this industry no one had that long hair, so I had that unique look. But now with many actors trying long hair, it was not ‘the’ USP any more! And lastly, my female fans are also giving me good feedback on my new look!" says a smiling Gaurav.

He adds, "The way the script for this new series has been written, I can thump my chest and feel the character of an army officer. Unlike a normal hero, he makes mistakes and is not always right."

Gaurav also has a number of things lined up his sleeve. His fans will see him dancing with 'good friend' Narayani during Valentine Day on Zee. Gaurav is also scheduled to play a major role in a Hollywood film. "It's an out an out action film and right now I am going thro’ the guidelines sent by the production house,” explains the star of Indian television.

Did he get time to watch Narayani sing on Shaava Shaava? "I did, and she was rocking! But I am happy for Sumeet's victory,” says Gaurav. “Probably for the first time in a reality show on Indian television, someone deserving has won," adds the actor. What about his own singing ability? "Wait and watch for Shaava Shaava Part 2,” is the quick reply from Gaurav… 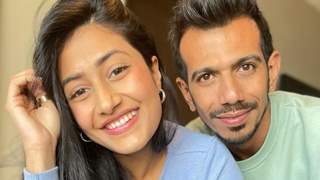 + 2
14 years ago long locks or not , he always luks grrrrrrrrrrrrt!

14 years ago Wooowww He is looking superrrr Gud in this cut..

Thanks for the article..

14 years ago he is looking much hotter in this new look!

+ 2
14 years ago yeah the long hair was getting boring he needed a new luk.. he luks nice
and what do they mean by good friend narayani.. I though she was his wife.

He is looking more charming in this new look...plus smart too..:D

+ 2
14 years ago I loved his long hair look but this one suits him too :)
btw i think Capt. Abhimanyu is the only saving grace of LRL.