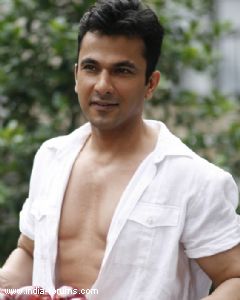 Having traversed multiple Indian coastal spots in three months to collect 'desi' recipes, ingredients and distinct tastes to add his own twist for a TV show, New York-based Michelin star chef Vikas Khanna has discovered that the local chefs are the pioneers.

Impressed with the craft, finesse and creativity of local cooks in the nooks and corners of the country, Khanna says that while globally, popular chefs like him can help in keeping Indian dishes alive in the world, it is indeed everyday chefs who hold the 'torch of our cuisine'.

In the capital to promote FOX Traveller's culinary-cum-travel 'Twist Of Taste 3', which he hosts and goes on air on Monday, Khanna recounted his experiences in a tete-a-tete conversation.

"In Ratnagiri, I met a lady who makes a cucumber cake, and it is one of the most delicious cakes I have had and she told me it is as easy to make as a pound cake. With this show, we actually pay tribute to these real heroes who hold the torch of our cuisine.

"Our contribution as star chefs is to keep these dishes, flavours and tastes alive."

"Our eateries should be a tribute to food, not people. We should stop wondering if 'goron ko pasand aayega ya nahin (whether foreigners will like it or not)'. We should believe in the capacity of our cuisine.

" 'Twist Of Taste' does that. It shows the creativity that can be worked around food, and inspires the world to use Indian tastes and style of cooking," said Vikas, who visited Udvada, Ratnagiri, Goa, Mangalore, Udupi, Manipal, Kochi and Pondicherry to fetch unique flavours and present them with a fresh perspective on 'Twist Of Taste'.

He mingled with local home cooks, chefs, farmers, fishermen, bakers, merchants, restaurateurs and chocolatiers to learn about their culture and style of cooking, and then gave his signature twist to some famous coastal dishes.

It was an exhilarating experience, says the chef, who has earned titles like 'New York's Hottest Chef' and 'Sexiest Man Alive'.

Be it learning how to cook spicy Crab Xec Xec at a lady's home garden in Goa, gorging on distinct beary fish biryani in Mangalore, or meeting the lady who made cucumber cake and used sand to bake it - Vikas says the show gave him "a learning bigger than any degrees I have".

That India is a real treat for food lovers is a fact he realised since his childhood days in Amritsar, where he grew up surrounded by large family feasts, the seasonal produce fresh from the fields of Punjab, and his grandmother's traditional home cooking.

But being a part of the "Twist Of Taste" has reaffirmed that belief in Vikas.

"There's nothing that is not in India. I am sure the visuals and dishes that the viewers will see on the show will make their heart say, 'Wow India!'"

Vikas Sethi along with his wife make an urgent appeal for help for a ...

Sidharth Shukla on professional rivalry: One should not forget who ...

saraaa. 9 years ago Love him ... a rising star in the making! His struggle is really inspiring

shivani003 9 years ago Hmmm his Filmafare pic was better than this one.......

-Aaliyah- 9 years ago lovee him!

i wish i could get People India!

shanak.hot 9 years ago he's so cute
love him and he has a really cute smile

ruexangel 9 years ago oohh
and this is actually one of those issues i would buy, the story looks interesting and so does he!

Never thought I would be dancing, I was preparing to be an ...
14 minutes ago