Daring to live your dream is a tough job, and requires a great deal of hard work, making the correct choices and a huge amount of destiny's companionship. Its easy to gain fame but keeping it cherished for long is not an easy task. Not everyone gets an opportunity to act in Bollywood, but even less get to have a dream career. Some come and go and only the chosen ones get to stay in the limelight for eons; and these special stars get the privilege of making a place for themselves on the screen and in our hearts. This time around, BollyCurry takes a look at a few of our celebs who seem to be having a dream run at the Box Office and in the hall of fame alike, with their efforts paying off and their dedication taking them places. 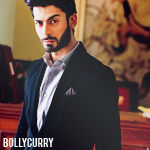 This heartthrob from across the border is a dream come true for the female populace as a whole, but Fawad Khan is not just a pretty face. Entering Bollywood with a dream debut, he kicked off his career with Khoobsurat (2014) co-starring in-house fashionista Sonam Kapoor. The film received mostly positive reviews and did good business at the box office as well. Though it may not have been a money machine, the film got Mr. Khan the recognition he desired. He received the Best Bollywood Debut at the Masala Awards 2014 and the Fresh Face of the Year at the Hello Hall of Fame Awards. At the recently conducted 60th Filmfare Awards, this handsome gentleman took home the Filmfare trophy for Best Debut Male. He is currently riding high on the success of his debut film and is being offered numerous projects from B-Town biggies. Fawad Khan undoubtedly is in one of the best phases of his career! 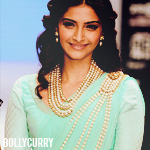 Ever since Raanjhanaa (2013) released, Sonam Kapoor has proven that she just isn't a pretty face and has the super model's posing secret in her kitty. This Kapoor lass also has the potential to act and how! Raanjhanaa turned her career around and Kapoor invested her time in choosing the right movies where she gets her space and is able to showcase her talent. She has played a variety of roles in her recent films, be it the ambitious Zoya of Raanjhanaa, a village belle in Bhaag Milkha Bhaag (2013), a working woman with a penchant for shoes in Bewakoofiyaan (2014), a sports physiotherapist in Khoobsurat (2014) or a con woman in the recently released Dolly Ki Doli (2015). She won the Best Actress Rom-Com award for Khoobsurat at the Stardust Awards. Sonam Kapoor's choice of films has definitely played a strong role in establishing her career and giving her an edge above the obvious. 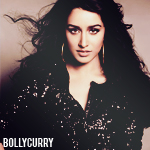 This young lady may have not gotten the dream debut she wished for, but she definitely got an amazing comeback film. Two long years after Luv Ka The End (2011) released, Shraddha Kapoor was offered Aashiqui 2 (2013). She grabbed the offer without  second thoughts and turned into a star overnight after the film released to rave reviews. Since then there has been no looking back. Her next release Ek Villain (2014), opposite Bollywood's new heartthrob Sidharth Malhotra, gave her commercial success along with an opportunity to lend her voice for an unplugged version of "Galliyan" presenting another talent of hers to her fandom. Ms. Kapoor's last outing at the box office was Vishal Bhardwaj's critically acclaimed Haider (2014), where she played the role of Arshia, Haider's love interest. Shraddha received immense praise from her peers and seniors in the industry for her phenomenal performance in the film. She is currently gearing up for next release, ABCD 2 co-starring childhood best friend, Varun Dhawan and we wish her journey to be as amazing as it is now and more. 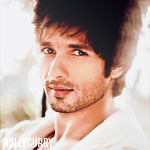 Many thought that Shahid Kapoor's film career was over given that all his recent films underperformed at the Box Office.  However, it looks like destiny had other plans for him. Kapoor was offered Vishal Bharadwaj's Haider (2014) and the winds have seemed to change direction for him since that moment. Before the film was released for public viewing, it was screened at the 19th Busan International Film Festival and received immense acknowledgment. The film released worldwide on October 2nd, 2014 and was flooded with praises from various sectors of the industry. Kapoor's performance in the film was said to be one of his finest, worthy of all the nominations he garnered for it. And Haider did the magic for him when Kapoor took home his first ever Filmfare's Best Actor Male Award this year. Kapoor is now investing in movies that have a core strong enough like his last one. He has two films in the pipeline Shaandaar and Udta Punjab, both said to have the charm that will benefit Kapoor's career.
Deepika Padukone 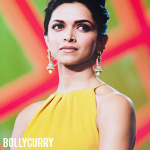 Making a successful debut in 2007 with Farah Khan's Om Shanti Om alongside King Khan, Deepika Padukone won the Filmfare award for Best Female Debut, a lot of hearts and a superstar predicted future. Though the journey after that wasn't much of a fairytale unfortunately. Padukone did a lot of movies, among which Bachna Ae Haseeno (2008) and Love Aaj Kal (2009) clicked at the box office. But from 2009 until 2011, Padukone's films didn't do well at the Box Office. But 2012 turned out to be another defining moment in Padukone's career as she flipped her career around by proving her mettle in Homi Adajania's Cocktail, alongside Saif Ali Khan and Diana Penty. After the success of Cocktail, Padukone had four big-budget films slated for release in 2013. Race 2, followed by Yeh Jawaani Hai Deewani, Chennai Express and Goliyon Ki Raasleela Ram-leela, were all commercially successful, and she established herself as one of the most successful leading ladies in Bollywood. The long-legged beauty finished the year on a high by winning almost all best actress awards for Goliyon Ki Raasleela Ram-Leela, including the Filmfare Best Actor Female in her glory list.  Padukone had two releases in 2014 Finding Fanny which was critically acclaimed and Happy New Year, which sent the Box Office into a frenzy. She also did a Tamil film, Kochadaiyaan (2014) with the Tamil Super Star Rajinikanth. Her upcoming releases include Piku (2015), Bajirao Mastani (2015)and Tamasha (2016).

Having a perfect career in Bollywood isn't a piece of cake. It takes your wholesome to reach that goal and hard work with a dose of luck and a portion of destiny being the best recipe. From the names we've mentioned above, you've seen that each one of them has gone through difficult times. But, they have fought through the waves of failure and arose to make the gloom turn into gold. Let us know whom you think inspires the zeal to never give up in the comment box below.

Writer: Nisha M.
Editor(s): Nabila S. and Gunia K.
Graphics: Shikha A.
Have a suggestion or comment for BollyCurry? Drop us a PM at BC_Dropbox Today!