The Maharastra Government gave its green signal to amend Section 125 of Criminal Procedure Code (CrPC) which seeks to protect the pecuniary interests of the 'other woman'. However, it would need the Centre's stamp of approval to become a law. Live in relations will finally become legal in India and wives out of wedlock will become "heirs" along with their children. The caste and dowry system will vanish for ever. Education system of filling up of forms will change as well. Questions wherein one had to fill in the father's name now will have just the guardian's name. The sacrament of marriage will become inconsequential as it is made null and void by the court of India.

Like every coin, this amendment has two sides too. The division between Earning members and non earning members will become more visible, Survival of the fittest will become stronger. We might lose our identity and it will come as a dent to our culture! Some would say this is another invasion of the Western culture and society on our Indian Tradition and customs. As in Indian tradition, wives fast on Karva Chauth for the well-being, prosperity and longevity of their husbands. The festival of Karwa Chauth provides an opportunity for all married women to get close to their in-laws, the question that prevails,does this fast holds any significance in the current society  ?

What do our tele stars think about this , let’s have their views and counter views on this topic....

Do you endorse Live-in relation, Yes/No and why: I don't know, as for me institution of marriage is very important. Looking into our culture, it doesn't allow us for such a relationship. These rules have been there since ages, so why to change it now?? Marriage changes the meaning of a relationship as it's more secure. When two people in love share the same roof with security, it gives such a good feeling.  If we agree with live-in, then marriage will loose its value.

Do you think this proposed amendment legalizes or justifies bigamy: It will justify bigamy for sure!! If there is no marriage, there is no security and any one of the partner can just walk out at any given time, which I feel is a crime.

Will a healthy relation prevail as no one is bound by marriage: Not at all…because there is no commitment in the relationship. It takes a lot to build a relation. If there is no proper bonding and understanding in the relation, then one will work hard to sustain it. Besides, it also sets a bad example.

Above all, does a fast like Karva Chauth hold any significance/importance in the society: Well for me it’s not a compulsorily written law that one has to follow Karvachauth. It should be felt from within. I'm doing it for myself and for my hubby, but nobody ever forced me to keep a fast. The significance depends on the individual and not the society.

Do you endorse Live-in relation, Yes/No and why: Ya I do, but it's not a big deal. This kind of relationship has been prevailing since years.  Basically it's the decision of two people who are or who want to be in such rapport.

Do you think this proposed amendment legalizes or justifies bigamy: Government has nothing to do with it. Let's look at the fact that live-in has been happening since long, but it is now that people have come to know about it. I feel it's a cool thing to do as it sort out the lives of people. I don’t think this justifies to bigamy.

Will a healthy relation prevail as no one is bound by marriage: I feel when a problem has to arrive it can be in a married life too. Now a days divorce rates have increased and it has set a trend in our society. In live-in, you are not bound to a relationship as in marriage. I feel marriage is just a ritual which gives you a social status and legalizes your relation.

Above all, does a fast like Karva Chauth hold any significance/importance in the society: It's a tradition that has been followed for years now, though I feel it totally depends on the individual. I would not want my wife to go hungry for a day and pray for my life when I know that she always prays for me without fail. 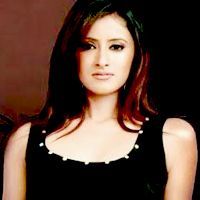 Do you endorse Live-in relation, Yes/No and why: No I don't endorse a live-in relationship as I feel all is a mystery when you are living in together without marriage. I think you should date your partner for a healthy period of time and then get married. I' m slightly conservative when it comes to living-in. If my boyfriend asks me for such a rapport, then I would suggest him to go and find another option.

Do you think this proposed amendment legalizes or justifies bigamy: I think live-in might encourage bigamy. But at the end of the day, I feel one should not go too much into these law procedures. Just choose a right partner and live life happily.

Will a healthy relation prevail as no one is bound by marriage: Well one can have a healthy relation as I think Government will be giving some kind of security to such a rapport. They will have a legal process where you have the room to get in or out of live-in. I'm just neutral about it as sometimes, I find this stuff so stupid and complicated.

Above all, does a fast like Karva Chauth hold any significance/importance in the society: Ya, it does mean a lot. The society may be fast, but our women are emotionally attached to this festival. They get a lot of joy by keeping fast for their dearest one. Even for that matter, men also appreciate such gestures from their wives. I feel this is one way of showing love to your partner.

Do you endorse Live-in relation, Yes/No and why: Yes, I do endorse such a relation as it’s not a problem. If two people are in love and want to stay with each other without marriage, it is no harm. You can see that lot of them today are in a live-in relation.

Do you think this proposed amendment legalizes or justifies bigamy: I think its wise of the Government taking such decisions. We live in a democratic country and have the right to choose our own way of living. The boundary issue doesn’t affect the duo to stay with or leave each other. Now that such relation is about to get legal, it’s good as it will have a name.

Will a healthy relation prevail as no one is bound by marriage: That depends on the couple who are in love. Even if you are married you live in, the only difference is the way in which society looks towards it. If they are comfortable with such an idea, then there is no issue.

Above all, does a fast like Karva Chauth hold any significance/importance in the society: Definitely Karva Chauth has its own significance in our society, as it’s the Indian culture and I think every class of woman keeps it. This tradition has been going on since ages and it’s very cute to see wives keeping such fast. This also brings couples together.

+ 2
14 years ago its tru..girlz answered bette.r..live-n-relationship..undervalues da meaning of marriage...marriage is not just a status or a nmae..its a bond..a life long bond..n marriage is 1 of da or i can da most important part of a girls life..along with becoming a mother..when will guyz realize wat marriage means..n wat it means 2 us women..n i dnt tihnk arjun was trying 2 ac oversmrt....hes just sying wat he tihnks! :)
xoxo
sadiya<3

14 years ago There was really not needed 2 legalize live-ins....Whats d big deal bout it???...I mean people 2day shuld really stop interferin inh others life....those who r livin-in if they do not hav a prob wid it...hw does it bother others...
No offece intended...Strictly my opinion...

i don't think its a big deal... if that makes two pple happy than whats the problem!!! n this is not the goverments business... go fixs the roads....

but i would like marriage to happen first for me....
i'm a little old fashion...

neeltrivedirock 14 years ago Marriage has never stopped anyone from bigamy, especially in India where so many people get away with two marriages so easily. (I personally know of several people in India who are bigamists). If one wants to cheat on his significant other, he (or she) will do it regardless of whether they're married or not. Besides, each individual couple has the right to live the way they want to live. The government shouldn't have a say in these things in the first place.

[email protected] @m3R 14 years ago This whole Live-in thing! I'm totally NOT in FULL support of it!!! (I'm a guy)
Neither any religion nor the culture allows us such liberties