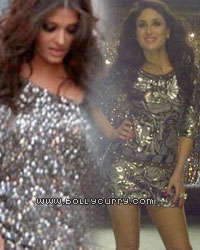 Although Heroine was off to an uncertain start due to Aishwariya Rai Bachchan's pregnancy, the movie's shooting has officially commenced. Director Madhur Bhandarkar shared his feelings and several details about the project on his blog.
Salim Merchant and Sulaiman Merchant will set the tunes for Heroine. The music directors have worked with Bhandarkar in Fashion earlier, and, as we all know, the film's soundtrack received a highly positive response. UTV Motion Pictures and Bhandarkar Entertainment will produce this venture.
The cast of Heroine consists of Kareena Kapoor, Arjun Rampal, Randeep Hooda, and Shahana Goswami.