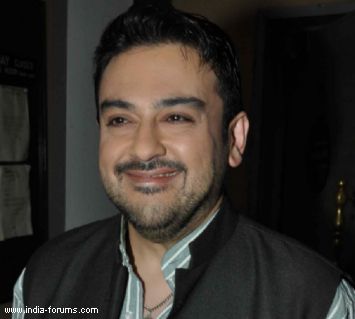 Pakistani singer Adnan Sami Khan's divorce from his second wife Sabah Galadari has come through, and he is ecstatic and says he feels like breaking into the song "Kaaton se kheench ke yeh aanchal".

"It was the most bizarre three years of my life. This lady, who was once my wife, has been dragging me to court with all kinds of charges," said Adnan, adding that she filed for divorce in the high court and also appealed in the Islamic organisation - Darul Qaza, which has the authority to pronounce divorces.

"When this Islamic organisation asked me if I wanted a divorce, I was like, 'Neki aur pooch-pooch?' But strangely Sabah again asked the Family Court for a divorce. The Family Court didn't know how to handle this. So, we approached the high court," Adnan recalled.

"Finally, during the hearing at the high court on Tuesday morning, the honourable judge wondered how Sabah had approached two legitimate organisations for the same divorce and that as per law she had already received her divorce. And there the judge ended my three-year ordeal," he added.

Adnan, who is based here, is relieved and wants to make the best of it.

"Let me dance and sing with my family and friends. This torture has been going on from February 2009. My wife Roya Faryabi and I, and my mother have suffered so much...I had full faith in god and the Indian judiciary. I feel like throwing off my shoes like Waheeda Rehman in 'Guide' and singing 'Kaaton se kheench ke yeh aanchal'," he said.