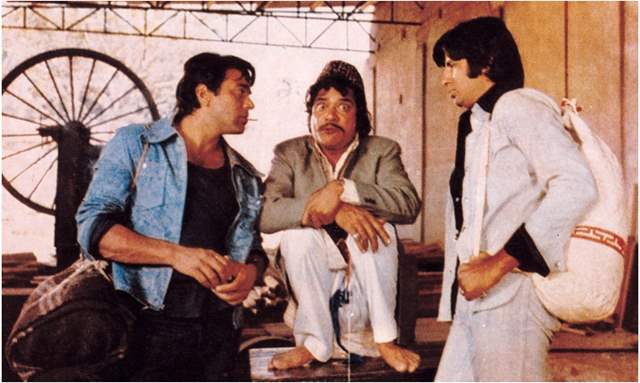 Veteran Bollywood actor Jagdeep left for heavenly abode on Wednesday. The actor passed away in Mumbai at 81.

Now, Bollywood superstar Amitabh Bachchan is mourning the loss of the legendary actor and his co-star. He paid homage to the great actor by dedicating a blog for him as he wrote, “Last night we lost another gem ..

Jagdeep .. the actor of exceptional comedic repertoire, passed away ..”

In a career span of 61 years, Jagdeep has been a part of over 400 films. He was best known for his iconic character Soorma Bhopali in the film Sholay. He also performed the role of Salman Khan’s father in the 1994 film Andaz Apna Apna.

Talking about Jagdeep’s work Big B wrote, “He had crafted a unique individual style of his own .. and I had the honour of working with him in several films .. the more prominent ones in the eyes of the audience being Sholay and Shahenshah ..”

Amitabh Bachchan remembered the 81-year-old as he recalled an interaction with Jadeep: “He had even requested me to do a small guest role in a film he was producing, which I did ..”

My duas and my prayers ..

Syed Ishtiaq Ahmed Jafri .. his real name , adopted Jagdeep as his film name and gave the film fraternity such memorable performances, that brought so much joy and happiness all around   ..” added the Gulabo Sitabo actor.

Amitabh also hailed Jagdeep for being a prime example of someone showcasing unity in diversity. He added, "Adopting Jagdeep as his film name was such a gracious factor that exhibited the unity in diversity of the Country .. there were many others at the time that did similar .. the eminent and distinguished .. Dilip Kumar, Madhubala, Meena Kumari , Jayant - Amjad Khan’s Father, a giant of a actor .. and many many others."

The superstar concluded his blog as he wrote, ”One by one they all go away .. leaving the Industry bereft and deprived of their immense contribution ..”