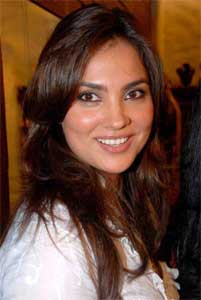 Mallika Sherawat is no stranger to the Hollywood circle, and we are no strangers to her exploits in Hollywood. A recent dinner hosted by TV presenter, model, journalist and restaurateur Alexus Chung in London, though, did not see Mallika as the only Indian present. Instead, Lara Dutta was fortunate enough to be invited, and she also found herself a new best friend in Hollywood, none other than beauty Gwyneth Paltrow!


Gwyneth's fascination with India and Indian culture prompted her conversation with Lara, and the two enjoyed themselves thoroughly, talking about everything from movies to the country and even about the culture.


Their friendship will not end at the event, though! Lara and Gwyneth have made plans to stay in touch, and to meet up with each other whenever they can!