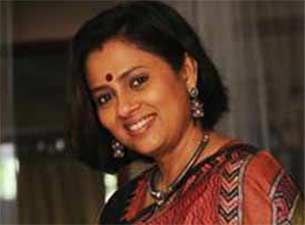 Lakshmi's Tamil directorial debut "Aarohanam" in 2012 was lauded by audiences as well as critics.

"This time I'm making a film with a strong male lead. It will be a commercially viable and successful project and I hope to break all women-centric stereotypes with it. It will be a highly entertaining project that will address a burning issue," Lakshmi told IANS.

In "Aarohanam", Lakshmi addressed bi-polar disorder through the story of a single mother who goes missing. The film featured Viji Chandrasekhar in a strong female lead.

In her second project, she will focus on the recent petrol crisis.

"The film will be packaged in such a way that it doesn't appear preachy. The story will throw light on how we are abusing our resources," she noted.

While 'Aarohanam' was an emotional drama, Lakshmi wishes to make her next as entertaining as possible.

"Entertainment need not always be humour. It could be something that can engage the audience throughout the film. When you make an entertaining film, there is more reach and that will eventually trigger a thought process," added Lakshmi.

The main cast is yet to be finalised, but Lakshmi said, "Some highly talented actors will be part of the project. We are almost done with the casting and plan to announce the names soon".

Lakshmi has teamed up with producer A.V. Anoop for the second time after her directorial debut.

Shruti Sharma on working with Sanya Malhotra in Pagglait, stereotypes ...