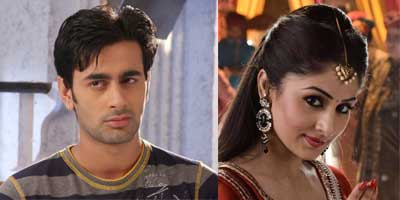 Colors' popular show Rangrasiya has gained immense popularity for the twists and turns created in the show.

As per the current track all the differences between Paro (Sanaya Irani) and Rudra (Ashish Sharma) are getting resolved and they are coming close to each other. The mis-understanding between them is getting sorted and things are looking fine between the coupple now.

Well, in the earlier episodes Rudra punishes Sumer for attempting to kill him by poisoning the laddoos. So he is currently staying from the family. With the entry of Laila (Ankita Sharma) back in the show, she tries to create a rift between Paro and Rudra by trying to create differences between them. But all her efforts go in vain as Rudra shows her the doors. But Laila and Sumer will come back to the show with an interesting twist in the tale.

Our sources say, "Laila and Sumer will join hands to take revenge from Rudra and Paro. Thus the duo will decide to get married and will enter the house once again to bring problems in the lives of Rudra and Paro."

"The have already started shooting and it will be shown that Laila will give an idea to Sumer to get married which he will take it jokingly and laugh over it. Due to this Laila will become furious and leave the spot," adds the source.

We also contacted Ankita Sharma for which she said, "As of now nothing is finalized and I am really not aware."

Will Sumer and Laila succeed in creating a rift between Rudra and Paro? To know more keep reading the space.

suju19 6 years ago what? then there is no difference between rangrasiya and madhubala. its what happened there too. that girl who loved Rk gets married to this bro so that she can get closer to him and create a rift between RK and Madhu. Same boring track. Change please...

hodan1987 6 years ago They need someone new to play the villain. Laila ain't it. Anyways, love Sanaya Irani and Ashish Sharma.

LOVE you.DO not want LAILA to dominate and be permanant.PAROS character needs to be developed more