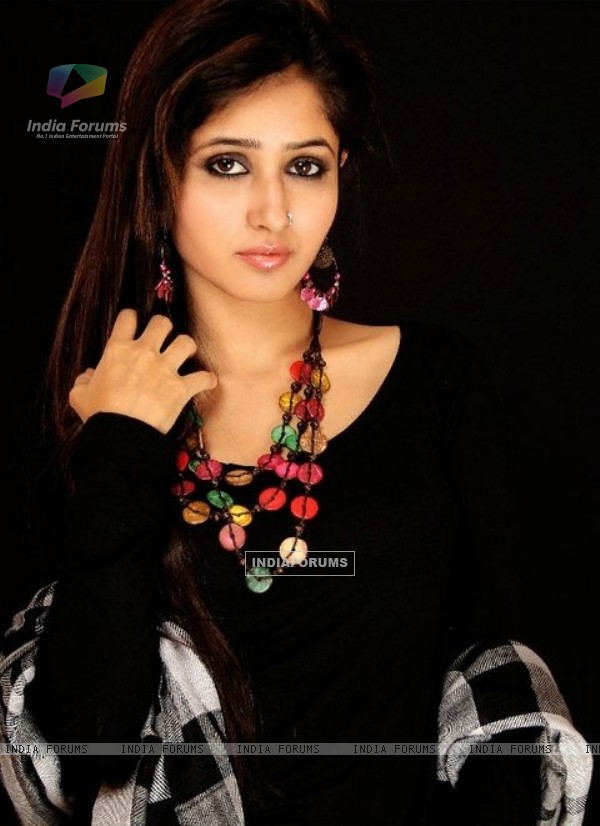 Ravi Ojha's popular show Gustakh Dil is all set to bring forth an interesting track for the viewers as Laajo (Sana Amin Sheikh) will transform herself into a modern girl.

Yes you all heard it right! She will not be seen in western dresses instead she will be seen wearing beautiful Sarees.

As seen in the current track Laajo is a tuition teacher of a little girl and that girl's father Sagar Khurana (Siddhant Karnick) is a star maker. He was about to launch Ratri as an actress (Leena Jumani) but she dumps him and joins hands with the rival person. This makes Sagar very furious and the rival challenges him to make a village girl look like a star. Thus he decides to make his daughter's tuition teacher Laajo a star by doing her complete makeover from a village girl to a modern girl.

We got in touch with Sana to know more about the track and she said, "Yes there will be a transformation but not so soon. Right now Laajo is learning different forms of dance like Jazz, Hip Hop as she only knows the Indian Dance forms. Later she will be seen learning to walk in heels, dance in heels and more. After she is ready to present herself as a modern girl that time her complete makeover will be shown. Right now we are in a process of selecting the Sarees which I will be wearing and later we will think of other dresses also."

Will this transformation bring a twist in the show? To Know more keep reading the space.

Kamya Punjabi to be seen in 'Bigg Buzz'

ziks 6 years ago Need more eyes to see her beauty .

sami01 6 years ago What I want from this show is celebration of Indian beauty, she should wear indian wear,be it salwaar kameez,sarees but it should be chic and graceful, I have great expectations from this show, Its forum is so dead though On If...

Mohabbateinn 6 years ago i dont understand why these tv shows try to show advancement by modernizing indian women. Indian culture is nothing to be ashamed of... in fact, the serial should try to show that Barka has accepted Lajjo for her good heart and values. Good clothes, wearing heels, makeup are just materialistic happiness... how the hell is this "nayi soch" ... dont like the messsage given by this show. Same message is given in Paakhi... that she has to change herself to be accepted by her man and his family.

Kazimierz 6 years ago She is going to be a Marvellous, Fabulous, Magnificent we know what our Laajo can do, she is the best of all. Laajo you rock keep rocking and can't wait to see all transformation that going to happend and beautiful sarees will bring our LaKhil back together this is going to very very interesting stroyline love you Laajo and Nikhil muaaah!!!!

Anfal 6 years ago Tfs IF for this article
It's good to see that the transformation is happening and I hope the CV not to waste too much time for that. I'm looking forward to see Barkha's expression and how nikhil will react to lajjo's new life that's something to watch ;)

berrysweet 6 years ago The main leads are great... but the storyline needs to progress.