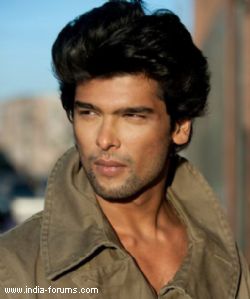 When everyone had a memorable Diwali recently here we have some stars who did not have a memorable celebration. Kushal Tandon and Krystal DSouza of Star Plus' Ek Hazaron Mein Meri Behna Hain will vouch for the same.

A source says, "For the Diwali celebrations Kushal and Krystal had a get together with some friends in a restaurant. But amidst the celebrations Kushal got into an argument with the locals of the city. The argument turned to a bad fight after which he was taken to a nearby police station. Later on Karan Tacker handled the situation and got him released."

We contacted Karan Tacker but he refused to comment on the same while Kushal and Krystal denied the incident.
We hope that Kushal has left the incident behind him...

7 years ago
Love u Karan Tacker u r so sweet...

8 years ago Karan u such a nyc person...luv d way u help Kushal.

8 years ago So, next time you go out, you know whom to call when in trouble!

Ishi96 9 years ago Karan Tacker is Awesome...I luv the way he helps his frenz!!!Awesome friend to hav...He is indeed a all-rounder...And Kushal Tandon...We noe watever u did was for the rite reasons!!!We will always support our VireKa and VirMan...Muaxxx :*

+ 3
9 years ago Karan Tacker is a gentleman both on and off screen. Loved how he was there for friends !!

9 years ago karan tacker is the dude and our rockstar!

+ 4
9 years ago Another article by TOI states Khushal was protecting his female friends, who were targetted by the boys involved...

Karan did come to their aid at the police station...Sign of true frienship :)..