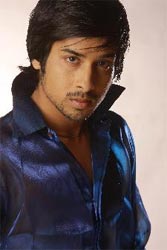 Sony TV's Tera Mujhse Hai Pehle Ka Nata Koi will soon see Kunal Verma aka Rohan getting back into the life of Tashi (Janvi Chheda). Rohan had disappeared from Tashi's life at the time of Tashi's wedding with Arjun (Karan Hukku).

As per the present track, the truth about Arjun belonging to a Rajatshani family has been revealed, and in the coming episodes, the newly married couple will go to Rajasthan to Arjun's ancestral Haveli. With Tashi getting ready for an altogether strange experience in the haveli, it is very obvious that Rohan gets back into her life to protect her.

The latest we hear is that next week, when Tashi and her in-laws plan to have a small get together where Rohan's mom is present, Rohan also get invited indirectly. With this Rohan enters the Haveli and sees Tashi along with Arjun. Rohan too gets negative vibes and smells something fishy. He will decide to stay back to try and find out what's exactly happening with Tashi.

We contacted Kunal Verma who confirmed the buzz of getting back to the show as he says, "Though I have not yet started shooting for the show, I will be re-entering soon."

We also contacted Jhanvi Chheda aka Tashi but she seemed clueless about the whole development.

Hope Kunal's comeback keeps the intrigue of the audience alive..

10 years ago I think if Kunal re enters the show than story will become more intresting. waiting for this new development... Janvi aka Tashi and Karan are doing great work... the show is becoming more intresting...

10 years ago Awesome news!! I luv Kunal Verma!! Love to see him in TMHPKNK!!

But TB plz give some news on Baat Hamari Pakki Hai as well.

10 years ago plzz we dnt want arjun 2 b ngtive....this show is going gr8....plz give us more arshi scenes if pssble...arshi rock!!

10 years ago Can we have a good article on new Star Plus-UTV show "Dor"?