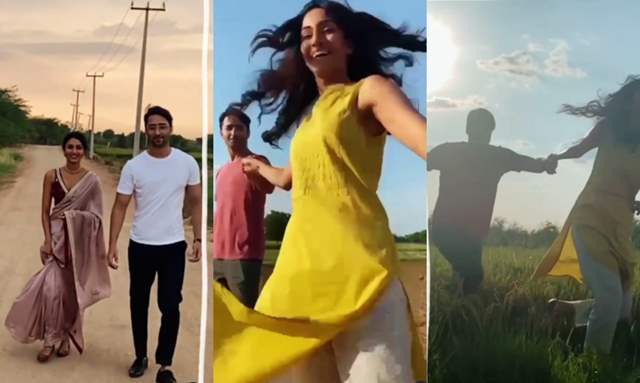 It was a couple of days ago that Kuch Rang Pyar Ke Aise Bhi Season 3 was confirmed by the officials at Sony Entertainment and soon after, Erica Fernandes too, spoke about the same. And today, the channel shared a quick confirmation about it stating that the first look for season 3 of the much-loved show is going to be out soon.

Ever since the announcement about a new season first came in, fans have been waiting to hear more about it. While we know that the shoot is going to kickstart soon and reports suggest that the show is likely to go on-air next month, there is no concrete information just yet.

Today, right after the confirmation, leads Shaheer Sheikh and Erica shared videos which is a compilation of some 'Devakshi' moments. Shaheer plays the role of Dev in the show while Erica plays Sonakshi and fans have showered the posts with a lot of love.

Check out the posts right here:

Interestingly, Kuch Rang Pyar Ke Aise Bhi is one of the first shows that witnessed a return soon after it first went off-air. However, the makers gave fans a quick season 2 with a handful of episodes and narrated the story forward. With season 3, which reports suggest is also going to be a short one, the story of Dev and Sonakshi will resume from right where they left us.

4 months ago Hi, just wanted to ask if anyone know where can I watch full episodes of KRPKAB, I haven’t watched this show before and want to give it a try after everyone’s great comments about it. Thanx.

4 months ago How lucky we are! Krpkab is back with Season 3