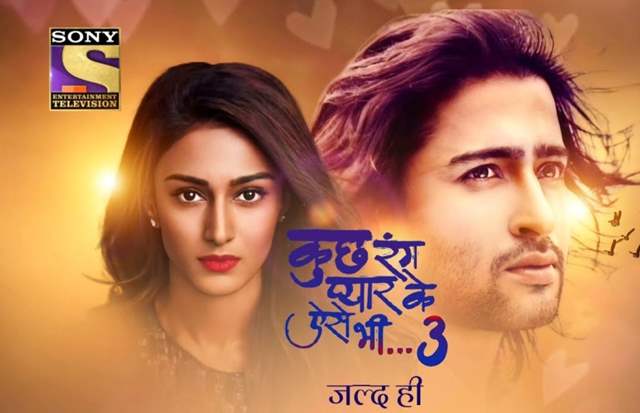 The legacy of Sony Entertainment Television’s much-loved show Kuch Rang Pyar Ke Aise Bhi continues as the show is back with a new season. With Dev and Sonakshi being comfortably together for so long, one wonders if all is well between the two. Inke Rishton ki gehrayi main pyaar hai ya daraar? Dev and Sonakshi have taken the audience through a myriad of emotions that reiterated compatibility, understanding, love, compromise, anguish, separation and parenthood.

Kuch Rang Aise Bhi Pyar Ke Aise Bhi – Nayi Kahaani, will see actors Shaheer Shaikh and Erica Fernandes reprise their on-screen characters of Dev and Sonkashi with veteran actress Supriya Pilgaonkar as Dev’s mother Ishwari, and will highlight the changing dynamics in a much-in-love couple over a period of time.

The first episode aired today and takes us through a series of moments, giving the viewers a gist of what has been happening and what do the current dynamics look like. Dev and Sonakshi are both seen juggling work and home while Ishwari does her best at taking care of grandkids Shubh and Suhana. In the end of this episode, comes a huge revelation, one that no one saw coming, and that forms the highlight of the show, along with getting to know the lives of Dev and Sona better.

The trio of Shaheer, Erica, and Supriya, know their characters like the back of their hands. While that curve is visible as much about their roles seems to have come naturally to them, there's also an additional layer to it. Supriya Pilgaonkar does what she does the best and is effortless as Ishwari, taking forward the shades of grey that her character has. While one isn't very fond of her, it is also difficult to outright dislike her, and she stays true to that/

Shaheer seems to have gotten hold of better nuances and is a fine example of how the same role, when reprised after a break, seems to be better evolved and also presented. Much like his role of Dev, Shaheer has also grown well, and that bridges any possibility of a gap that could've been felt as the show returns. 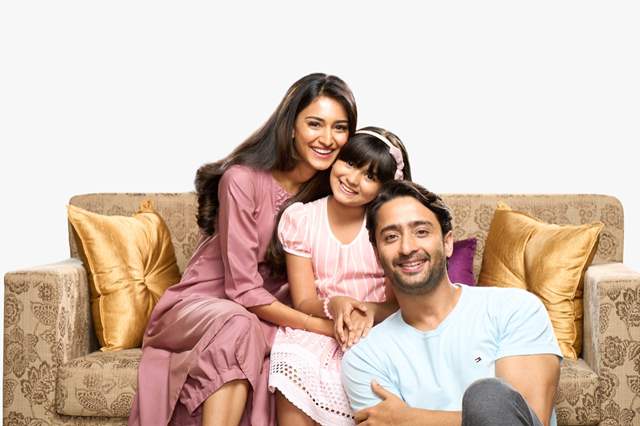 Erica is doing what she has been doing as Sonakshi, however, of the three, one expects her to understand the character better, and often, you can feel a sense of disconnect with her on-screen. While she has gotten the pointers for the role right, and she knows the state of mind that Sonakshi has, it doesn't reflect very well. However, this is only the first episode, and the precap seemed to give her space to have some screentime that will allow her to explore that.

The trio has managed to bring alive what they have done earlier once again, only, better. The production quality has gone up a notch and cinematographically, the show is great to look at, making it so much more than just another daily soap.

There are few instances that throw light on what it is like to be in a marriage for such a long time and how the future looks like, however, it will be interesting to see as to how that ends. Be it Dev and Sonakshi not remembering how one doesn't have coffee anymore and the latter has turned vegan, or the two not celebrating their anniversary, it shows how they've grown up as a couple, and probably, don't see how they have grown apart.

Toral's Natasha does a good job at telling not just Sonakshi but also breaking things out for the audiences to understand what is going on. Some of the dialogues, as long as used in the correct context, hit it off really well. For example, when Sonakshi says ''ek dusre se bahut pyar krte hai, but jata nahi paate'. There are a bunch of them.

While it may be too soon to say what is good and what is bad, you do see how the makers have tried to make sure they don't show Ishwari as the bad guy, and sometimes, it feels like she is being shown as someone with a holier than thou image. All that the problem seems to be there is trying too hard to show things that can be shown subtly. But for that, we can give the makers the benefit of doubt and see what is in store ahead.

As the first scene starts off lightly and then eventually takes on various emotions, it shows the constant struggle of a working mom, complicated dynamics between a husband and wife, and a lot more about the family with a bunch of layers. The cliffhanger is exactly what it is, and it will decide the fate of the show - it could either make it or break it. 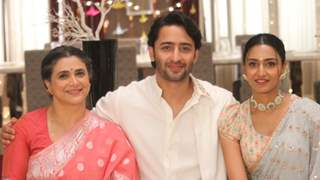 Rift between Sonakshi and Ishwari to increase in ‘Kuch Rang Pyaar Ke ...

Farisa 2 months ago I agree that Erica didn't feel like Sonakshi, but maybe that's because the character has evolved and it may take some time to get back into the groove. I was amazed they got a hold of the same set. I'm gonna miss Asha very much. I felt like they not only changed the actress who played Soha, but also her character. She was pretty sharp and of an understanding nature in previous seasons so her behaviour was kinda awkward in this episode. With the twist at the end it's gonna make for an interesting couple of episodes.

2 months ago Loved the first episode 😍😍 but old Soha is more cute than new one.

2 months ago Reporter seems to be doing a PR hit job more. I found erica did a great job. She was perfect as mother and also in her role as a wife and daughter in law. She has perfectly slipped back into the nuances of the role. There was no OTT acting or anything she was perfect. Maybe a expansion of word knowledge other than using bunch every where will help more.

+ 3
2 months ago welcome show for a change

2 months ago Bang on analysis but I would disagree with perception about Ishwari. Ishwari is part of Devakshi's world but the focus has shifted away from her. She wasn't the typical vamp, she was a very humane character with all of her insecurities, which she eventually overcame. But she is a person with years of personality. Of course there will be some flaws. It has nothing to do with makers trying to make her holier than thou image, but with keeping the character real, who still thinks of a lot of things in traditional ways, despite her development over years.

+ 3
2 months ago This is one show that hits the mail exactly, barging is into reality. Erica and Shaheer❤️❤️❤️❤️ Awaited