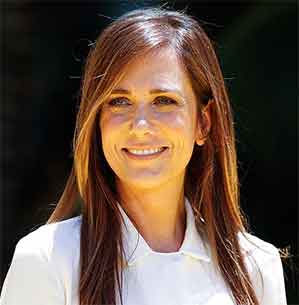 Hollywood actress Kristen Wiig, who will next be seen in Ben Stiller's "The Secret Life of Walter Mitty", says she took off for an adventure trip in India once.

The 40-year-old confessed that she did something very similar to what's happening in the movie and says the adventure was life-changing.

"I went to India for three months and travelled around. I was up North in Dharamsala, in a Tibetan village and I did some volunteer work," Wiig said in a statement.

"I just needed to get out of my everyday life for a little bit and explore other things and think about what I wanted to do with my life, all the sort of stuff you think about in your early twenties I guess. I subsequently scared my parents. They were basically nervous for about three months and I feel bad about that," she added.

The "Bridesmaids" star finds it liberating to just get a backpack and see new places.

"There is something really freeing about having a backpack and everything that you need in it to survive and going to see new places and travelling. It is exciting to do it by yourself.

"For me, travelling by myself was difficult because it can be lonely at times, but just like it is in the movie, you meet amazing people. I did it at a time in my life when I was a lot younger. I was in my early twenties and yes it was very life- changing," she said.

"The Secret Life Of Walter Mitty" is the story of Walter Mitty (essayed by Stiller), who finds that his real life is about to blow his wildly over-active imagination out of the water.