View Profile
The recent anti-Muslim allegation over Shah Rukh Khan's comment has targeted the disclosure of the story of "My Name Is Khan". Sources reveal that the story is about the seclusion of Islamic section of society and one person struggling to keep his self-respect in the "increas 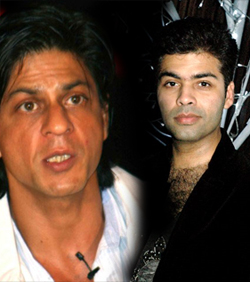 For Karan Johar, this film will be of a new kind compared to what he has made till now. He has usually dealt with friendship issues, unrequited love, and family norms and even the institution of marriage. But a film about religion and terrorism, first reaction would be "Are you talking about another Karan Johar?" after all there are so many Karans in the industry. But no, this is the KJo who made fun romantic comedies and dramas like Kuch Kuch Hota Hai, Kal Ho Na Ho, Kabhi Khushi Kabhi Gham, Kabhi Alvida Na Kehna etc.

Let's see the issue at hand. Sources say that Karan was stopped from shooting in a mosque in the . Religious outbursts have started already. SRK's comments seem to have kindled the fire that must have started on the onset of the release of the film. But our brave and I-give-a-crap-to-such-issues Karan Johar remains calm and concentrates on his job of making a good film from the heart.

Then again, since, this is a new genre for Johar, he is not leaving anything to chance. He is checking and re-checking everything which might create a debacle between certain sections of society. His movies are always loved by every sector of every religion and sect, especially the family crowds have a field day when a KJo film is on the screens.

So with so much intolerance in society, will KJo's film change anything? Or will it augment the fight between religions again?