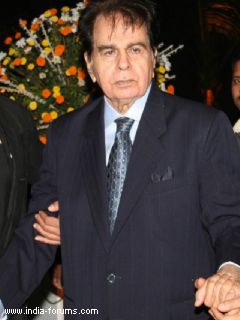 "Kite flying has always excited and thrilled me. Have brought out my trunk of kites and manjas collected from different regions," the 89-year-old posted on micro-blogging site Twitter.

"The mushrooming of tall constructions aside; it is still good fun to send a kite in the air and let it soar and soar. Happy Sankranti," he added.

Actor Rana Daggubati had to go through tough time while dealing with airport authorities to track his misplaced luggage while taking a flight from Hyderabad Saturday.

"Air India just lost my luggage in a domestic (Hyderabad-Mumbai)... couldn't track bags that left from the Hyderabad airport since morning," the 27-year-old tweeted.

He is still looking for the luggage.

"Morning!! Headed to Chennai with all new luggage again on an Air India because of no other flt option. Lost luggage still not found," he further posted.

Everything about the Beatles was godly: Big B

Megastar Amitabh Bachchan recalls the days when English rock band "The Beatles" created a craze amongst music enthusiasts. He says today's generation may not value their contribution to the music industry, but they were ultimate.

"A fair assessment and one that requires no great detail in understanding...so let it be let it be...a la Beatles...now why on earth did they come into this. Ok...now that they have, we shall indulge(sic)," the 69-year-old posted on his blog bigb.bigadda.com.

"This generation may not value them as much as we did, but they were and still are the ultimate!! And what a craze and following and madness about them - the hair, the music, the songs, their lives, their LP's (LP record)...everything about them was nothing short of being godly," he further added.

Big B also says that the band created a stir in music industry with their initial hit tracks and few of the mostly inspired cities were Kolkata.

"In those early days of Kolkata, when they were emerging the giants that they were, the rush to get the LP's of their latest, a rarity because they were not as freely available as music is now. You waited for that odd chance of a friend travelling to London, a rarity by itself, and then after a long and tedious gap to acquire the sound that has been heard perhaps on radio, or at a frequently travelled friends place," he further posted.