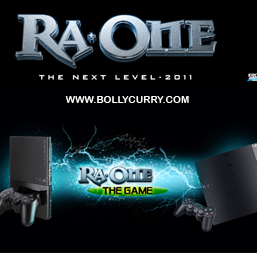 With just the announcement of Shahrukh's upcoming sci-fi Ra.One, the film has already garnered a massive amount of attention even before it's release - which is rumoured to be around Diwali. However, King Khan has been seen to be working hard in getting as much success as he can from this film. To help with the matter, Game and Sony Computer Entertainment have partnered with Red Chillies Entertainment, the producing banner of the film, and have decided to launch a game of the film in India during September 2011!

Our Badshaah Khan himself has developed the storyline of the game and willalso be doing the voice overs for the characters in the game - Ra.One and G.One. The players will have the option of choosing from both characters.

Playstation fan? Play it now, not only for fun but  for an exclusive clip of a prequel to SRK's most awaited film!

Aditya Chopra Pens a Heartfelt Note on '50 years of Yash Raj ...
31 minutes ago