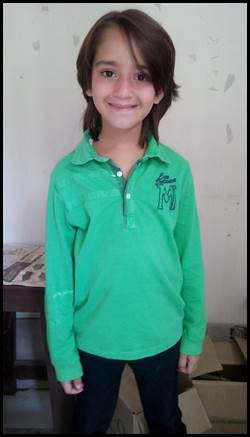 SAB TV's famous show Peterson Hill is leaving no stone unturned to keep its viewers glued to their show. With the amazing concepts and twists and turns that the show is coming up with, the viewers are going to be thrilled again with the extra flavor that has been added in the show.

The viewers of the show are going to see some more comedy that has been incorporated in the show with an entry of a kid in the show. Now this kid is not any normal kid, he is someone who is way too ahead in everything that one does. This kid is the most mischievous kid one must have ever met. He throws tantrums on the platform, fools the passengers on the platform by throwing a fake plastic lizard at them along with fake cockroaches.

Well, the question here is that who is this kid and where has he come from and why is he doing all this.

Is it to seek attention or is it something else? Who are his parents?

5 years ago This is such a boring show it needs to go off air.

+ 3
5 years ago Seems funny. I hope this kid has something to do with Kishorilal.