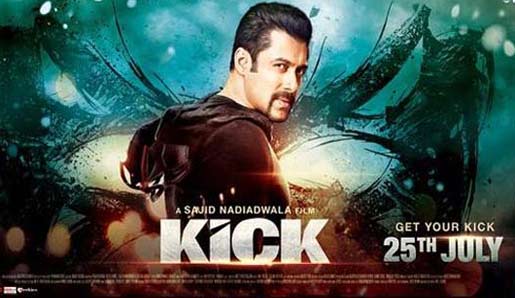 The film, which was the awaited release for Eid this year, minted over Rs.80 crore in just three days, and it touched the Rs.100 crore mark even before the festival July 29.

"Kick" is also said to have pulled in audiences in Pakistan, registering approximately Rs.2 crore.

Also starring Randeep Hooda, Nawazuddin Siddiqui and Jacqueline Fernandez, the action thriller hit over 5,000 screens in India July 25. It also opened in 42 other countries including in non-traditional markets like France, Germany, Morocco and Maldives.