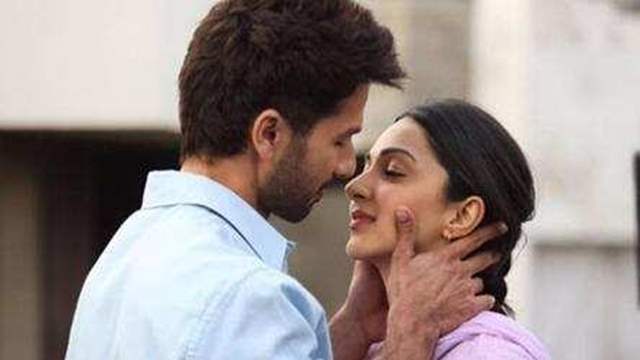 Shahid Kapoor and Kiara Advani's Kabir Singh became one of the highest grosser releases of 2019 and crossed Rs 300 crores on the box office. Directed by Sandeep Reddy Vanga, a remake of a South film Arjun Reddy, the film revolved around the life of a short-tempered surgeon, who turns violent, alcoholic and indulges in drugs after his lover gets married to another man.

The film ignited a debate over the toxic masculinity showcased in the film, as claimed by the audience.

During her recent appearance on Neha Dhupia’s chat show, No Filter Neha, Kiara says that she anticipated the backlash against the film.

She said, "With Kabir, I think, it was, I was very nervous before the film release because I was aware that section of backlash would come because we saw it happen with the first film. So, we knew it would happen.”

However she says that the magnitude of the backlash was surprising and did not expect the extent of it.

She also says that the climax of the film  ‘justified everything’. “For me, that scene showed her strength, she wasn’t just going to just go back to the man she loved. She decided to raise a child on her own, she left, she left him, she left the man her parents forced her to marry. I just felt she was not the woman that maybe other people saw her to be till that interval and I felt unfortunate for those people who did have the comments of misogyny and all of that which of course there is a part of the character but that’s something that was always known to the audience when you see it in the promos also.”

She adds, " The climax scene was I think was 20 minutes long, where everything is discussed, argued and I guess, love is love at the end of the day. They both come back together.”