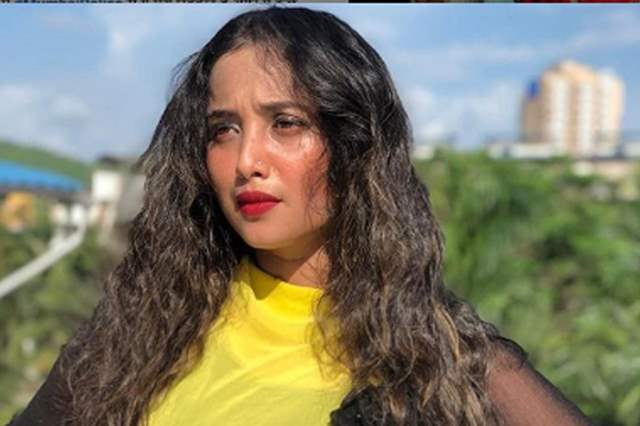 The past few days have indeed been tumultuous, to say the least for actor Rani Chatterjee, where she has been in the news for going on Instagram to claim she is suffering from depression and is close to committing suicide. She alleged that a man named Dhananjay Singh has been harassing her on social media. She had revealed that he has been writing all nasty things from the past 6-7 years. She went on to reveal that she had said that she will end her life if bullying doesn't stop.

And now, according to a report in Mumbai Mirror, Chatterjee has filed a complaint against him. Talking about it to Mumbai Mirror, she said, "I have filed an FIR at the police station today against Dhananjay Singh. Cops had called both of us at the police station and questioned him regarding his posts in front of me. He claimed to be a reporter working for a reputed magazine and said that he was just doing his job. He also denied most of the posts being about me and said that he hadn't mentioned my name in those posts so how can I be so sure. I mean, how shameless can a person be? Even if it's not for me, those comments were made for some other woman, right? Who gave him the right to do that?"

"And I know it for a fact that those posts were targetted towards me. He gave the exact description and information through which even a layman would understand that those were about me. But just because he never clearly mentioned my name, he thinks he can get away with it. I remember he had shared a picture of Alia Bhatt posing in a bikini and had called her beautiful. So, if Alia wears a bikini, she is all good, but if I pose in a saree, he finds it vulgar? However, when he refused to acknowledge his mistakes, let alone apologize, the cops asked me to file an FIR, which I did," she added further.

She concluded saying,  "Just because of the incident or because I wrote a desperate letter, people are talking and advising about mental health. Had Sushant been alive and had addressed his issues on a public platform, people would have called it a publicity stunt. Now that he is no more, people are calling him a coward. People will tweet about mental health only until the hashtag is trending. Once the hashtag goes away, all their preachings also vanish just like that. No one really cares in this industry and even in this world. Everyone just wants to pass judgment."

Mohit Kumar: Surviving in Mumbai without work is tough; it's ...
26 minutes ago