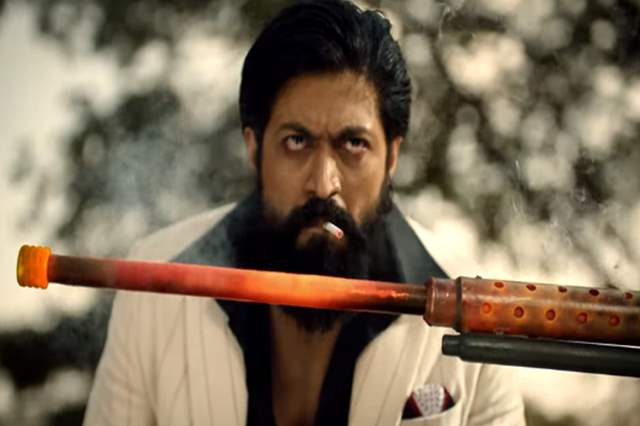 Undoubtedly one of the most-awaited films of 2020 was forced to be delayed to 2021 and that alone was frustrating for all the fans of KGF. The mega film KGF - Chapter 1 starring Yash broke multiple records and ever since then, Chapter 2 was already awaited. We know now that we are only a few days away from the release of KGF Chapter 2 and the rather long-awaited teaser was released only recently.

This is the first time, actual footage from Chapter 2 is out and needless to say, it was all things but epic. Yash only appears entirely in the end of the clip with his signature swag as he lights a cigarette from a hot machine gun while Raveena Tandon also makes an appearance. Sanjay Dutt's Adheera is also a part of the trailer and while we don't see his face, his back is enough to get everyone excited about his character.

The scales are higher, there are more aerial shots, and so are the stakes-

KGF Chapter 2 will have Rocking Star Yash reprise his role of Rocky Bhai as he faces other challenges and attempts to keep promises made earlier.