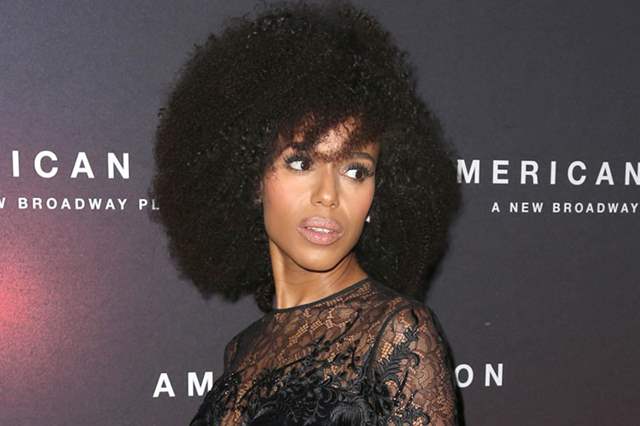 For many, it may be really tough to picture Kerry Washington in a character that is not Olivia Pope. It is no secret that the actress headlined the long-running and immensely successful show, Scandal for several years and was loved and loved-to-be-hated too in the titular role.

But that chapter has now ended and Washington is certainly looking ahead where she is now all set to star in Netflix's upcoming film, American Son. The film, as we know is an adaptation of the same name and tells he story of Kendra Ellis-Conor (Washington) and Scott (played by Steven Pasquale), a separated, interracial couple who reunite in a Florida police station as they search for answers surrounding the disappearance of their teenage son, who may have died at the hands of police. Washington originated the role on Broadway in November 2018, playing the agonized mother onstage.

Washington plays the main role and talked about the harsh realities that are portrayed in the series.

“I worry when I’m driving. I worry when my 80-year-old father is driving,” Washington told Variety at the Toronto Film Festival Studio presented by AT&T, addressing the film’s themes of racial profiling, police brutality and the tensions around the two in today’s world.

“We actually took a road trip recently as a family and I was in one car, my dad was driving another car. And he was like, ‘Oh I have to go back and get my ID,’ because the thought of him getting caught in car without the proper ID terrifies him at 80-years-old,” she recalled.”

“He’s not like a ‘thuggish’ teenager,'” Washington continued, using air-quotes. “He’s a distinguished man of an age who knows that being, walking in the world in brown skin puts him in danger in a different kind of way.”

“I think about my kids driving, my husband [actor Nnamdi Asomugha] driving,” she concluded. “It’s real.” The film adaptation written by Christopher Demos-Brown and directed by Kenny Leon, will debut Nov. 1 on Netflix.

Sooraj Pancholi Slams Reports of Affair With Disha, Link Up ...
42 minutes ago