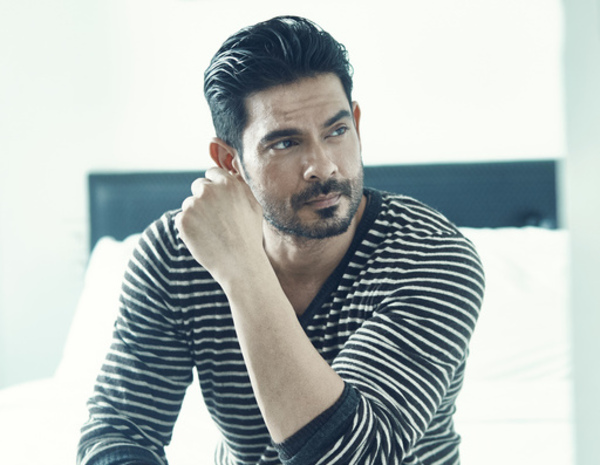 Keith Sequeira made a television comeback after his successful stint in the hit reality show Bigg Boss last year & is weaving the magic of romance with his new show as a Romantic and charming Prince Madhav in 'Love Ka Hai Intezaar'.
Keith emerged as a lover boy after his exit from the Bigg Boss house where he participated with his then girlfriend and now fianc Rochelle Rao. A former VJ and model turned actor believes that his charming & chivalrous side on the reality show fetched him the daily soap, 'I think I did because Madhav is that kinda guy so I guess the writer saw my stint & figured. My mother's taught me to be chilvarous & to respect people, especially women. I guess people do see that.'
Apparently, Keith is a die-hard romantic of screen as well.  He says during his scenes he takes inspiration from our very own Badshah of romance  ( he incidentally went to the same school as SRK in Delhi - St Columba's school ) . He reminisces  "I grew up to his movies and the magic' of SRK ; the intensity with which he looks into his heroines eyes, the depth and feel of his dialogue delivery, his body language in his romantic scenes and the seduction of his voice are qualities any actor can only aspire for.'
Keith chanced upon meeting SRK while his stay in the Bigg Boss house, 'He'd come to meet the contestants while we were locked away. He's a gentleman, very humble & a warm person. He is a very intense actor especially in his romantic scenes & emotional scenes so I watch what he's like & that inspires  me & what I do.'
I started out my career as a VJ & Veer Zara happened to release around that time. I loved the movie so much that I watched it over and over again. It has got to be everyone's bible of romance especially in the context of our Indian sensibilities.'
Talking about exploring his romantic side on the show, Keith opens up, 'Romance is a genre very close to my heart & as an actor it's an intense and a very fulfilling experience. It's the layers of intensity depending on the scene & also Madhav is a very emotional person & has this closed in energy.'
1 Likes

Shaina_b 3 years ago Everyone loves SRK!!!!

mr.ass 6 years ago amitabh will join mns and do gundagiri and break indiabulls offices