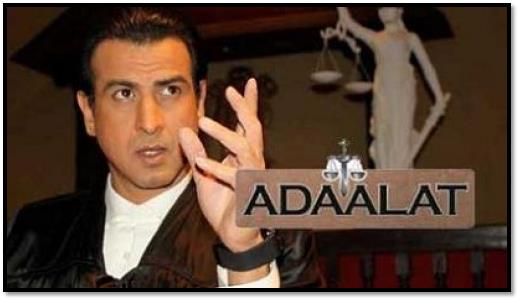 Sony Entertainment Television's courtroom drama Adaalat, this weekend gets you the story of Ratna an over ambitious and bad mouth journalist who is crushed to death by a train after being pushed from a bridge.

Ratna had insulted a series of people in an event thereby leaving behind a band of probable suspects. All the evidences like finger prints and a piece of cloth found at the crime scene, point to her professional rival- Shikha, who recently had an ugly altercation with Ratna to the extent where it almost became physical.

KD Pathak (Ronit Roy) takes up the case and is hell bent to prove Shikha's innocence whereas the whole nation assumes it as a repulsive act of professional rivalry and asks him to step back. KD's investigation leads to surprising revelations as he gets closer and closer to catching the real culprit.

Was it a crime of passion like it appears or is it a result of a premeditated murder?

KD Pathak needs to solve this case and find the real culprit.
1 Likes