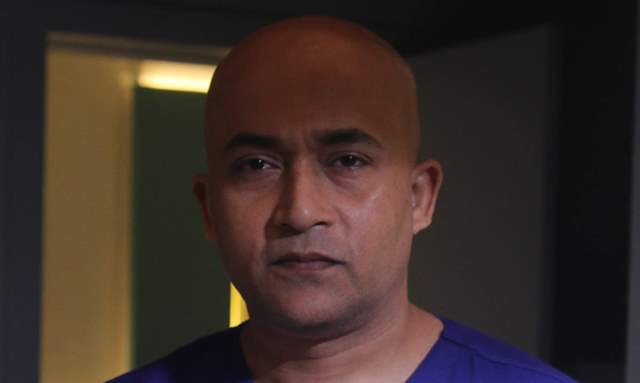 Actor Kaushik Chakravorty is getting overwhelming responses for his character and the show Dhadkan Zindaggi Kii. He has shared how he perfected his role."I am yet to believe that it is me whom I am watching on screen. Hats off to the makers. The execution is simply brilliant. Even the camera, editing and writing are brilliant. All compliments go to the team for their years of research for the show," he said.

It is based on the lives of doctors, and now he feels that he understands their lives better."I learnt things about medicine I never knew. And the job is so full of responsibilities. Who knew a doctor also has to be a perfect manager, friend, colleague and a surgeon? He is playing with life. No wonder this profession is called so noble," said the actor.

He took inspiration from real life too. "I followed videos on Dr Devi Shetty as he is a cardiac surgeon. I watched his videos both when he was in scrubs and when he was with family. I watched every change in his behaviour, and incorporated them in my performances. But acting is way beyond imitation, so I have added all ingredients that I have gathered from my 35 years of experience in performing arts and performed as Dr PC," he said.

Producers Herumb Khot and Nilanjana Purkayasstha of Invictus T Mediaworks along with Studio Next have an eye for detail and all scenes that have been shot look real. "The scripts have been written so well and so have been my dialogues. I want to thank the writing, creative team of Dhadkan for giving me such fabulous lines and stories. Nilanjana is such an awesome writer. And Herumb... words are less to describe my gratitude," he said. The show's duration is one hour, which is a rare thing on TV. But it has managed to keep the audience intrigued.

"If you ask me, entertainment should be for 6 hours. That is how it was during Shakespeare days. That is roughly the length of the first season of any web series if you binge-watch. And we got just an hour. It's tight and packed with solid content and it's limited," he said.

He recalls the first shot where Dr Sathe and Dr Murgiwala are on a bike. "We had to reshoot the whole sequence again because on the first attempt, it rained so heavily that we had to halt the shoot halfway in the middle of the night. It rained so heavily that day that we all got stuck while returning. Most of our cars got stuck in waist-level water around Filmcity. Some memories we all cherished," he said.

The dialogues in the show use medical terminology as well. "We have already shot almost all the episodes. For each and every pronunciation, multiple teams are involved. Of course, actors did their Google bit, but then there is a difference in the way American doctors speak vis-a-vis Indian doctors. So we did our research and obeyed the instructions as given by respected teams for accurate pronunciations. Also, each co-actor helped the other whenever there was a need for correction," he said. 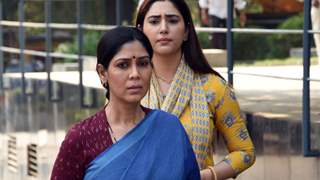 + 3
4 months ago One f the most favourite, strongest and sanest characters of the show. Love him =)