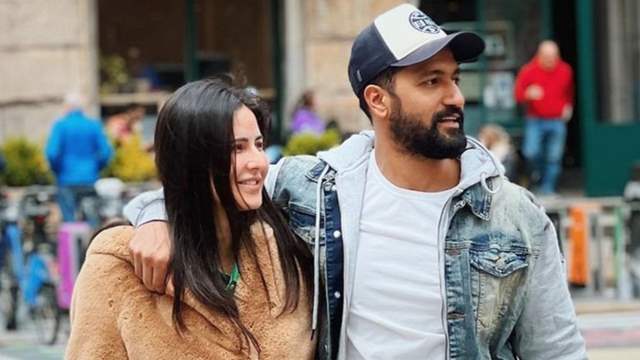 Bollywood's most loved couple Vicky Kaushal and Katrina Kaif never shy to show their love for each other. We can usually see the duo share their personal and private life moments on their social media and their PDA is also unmissable.

Taking to his Instagram handle the actor shared a nomination list of Filmfare awards which had 14 Filmfare nominations for Sardar Udham. Sharing the same the Uri actor wrote, "14 Nominations @shoojitsircar @ronnie.lahiri #TeamSardarUdham"

Well, his wife Katrina Kaif was quick enough to cheer for Vicky as she shared the story on her Instagram and lauded the team.

For the unversed Filmfare Awards are one of the most prestigious awards that are given to honour the contributions of several notable personalities in the film industry. The awards are held every year with several A-listed actors gracing the red carpet of the grand event. 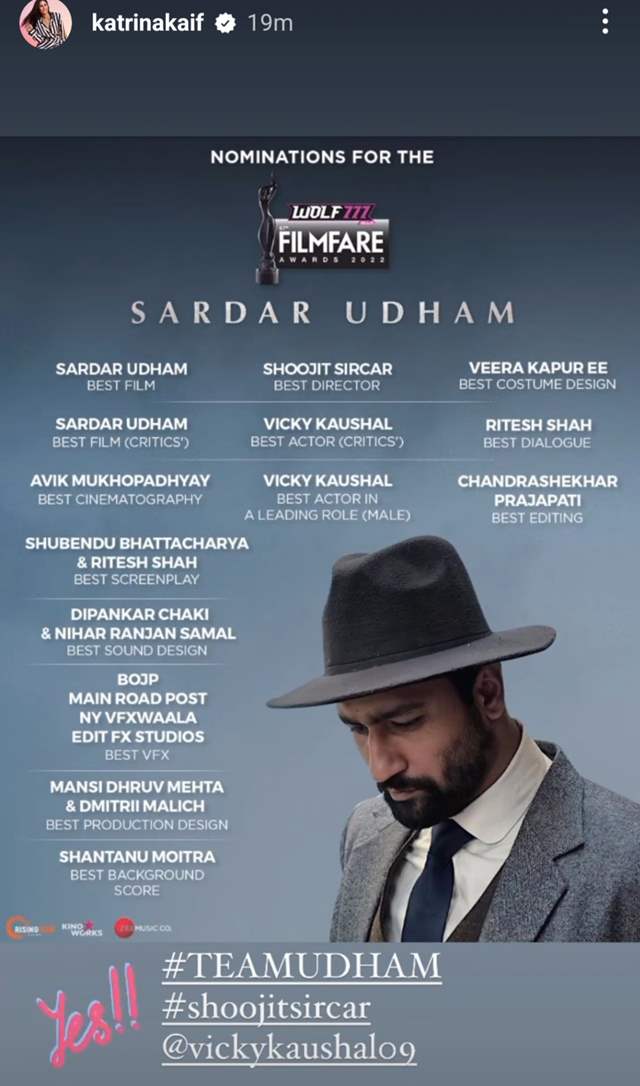 Talking about their workfront, Vicky Kaushal will be seen in Govinda Mera Naam with Kiara Advani and Bhumi Pednekar, Laxman Utekar's untitled next with Sara Ali Khan, Sam Bahadur with Sanya Malhotra and Fatima Sana Shaikh, and Anand Tiwari's next with Tripti Dimri.

While Katrina will next be seen in Farhan Akhtar-directed Jee Le Zaraa alongside Alia Bhatt and Priyanka Chopra Jonas. She also has Phone Bhoot in her pipeline, which also stars Siddhant Chaturvedi, Ishaan Khattar, and Jackie Shroff.