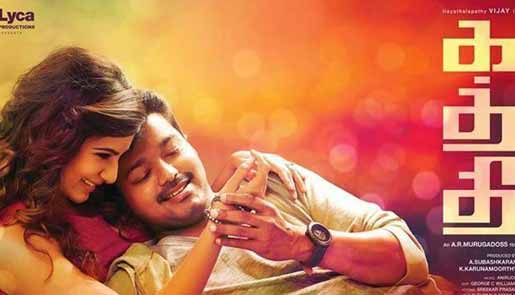 Vijay-starrer Tamil actioner "Kaththi" has collected a whopping Rs.15.4 crore on the first day in the country. It's expected to register a record opening weekend at the box office, says an expert.

"Braving all the controversy and low-key promotions, 'Kaththi' has registered Rs.15.4 crore at the ticket window on release day in the country. The numbers are phenomenal and the film is expected to set new opening weekend box office record," trade analyst Trinath told IANS.

Directed by A.R. Murugadoss, "Kaththi" is about a crook who turns a messiah when faced with the plight of farmers.

Also starring Samantha Ruth Prabhu and Neil Nitin Mukesh, the film was reportedly made on a budget of nearly Rs.70 crore.