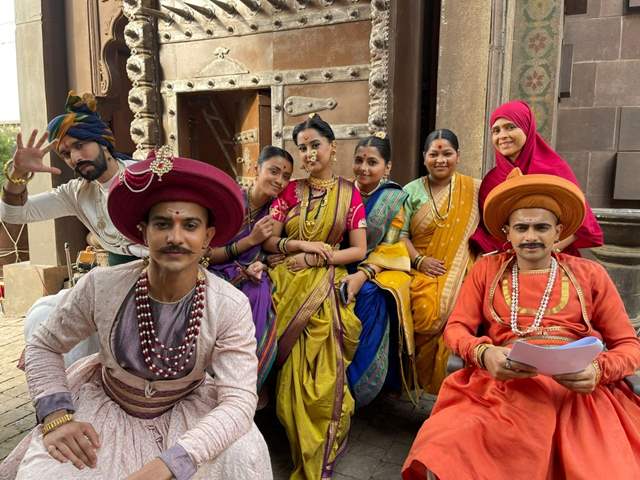 Following on the path towards success just like Jodha Akbar and Jhansi ki Rani, Zee TV's biggest historical magnum opus – Kashibai Bajirao Ballal - kept its audience entertained since its launch. The show brought to us the forgotten story of Kashibai, one of the most legendary women of the Maratha empire. The show, its historic tale, and legendary characters kept the viewers hooked to their television screens to date. Having intrigued viewers for nearly one year, Kashibai Bajirao Ballal is all set to bid adieu to its ardent fans by mid-August after completing an immensely successful run.

For the uninitiated, the show started off with a bang in 2021 with Venkatesh Pandey and Aarohi Patel playing the role of young Bajirao and Kashibai respectively. The show’s intriguing storyline, the wonderful portrayal of Maratha Samrajya and the stellar performances by the cast impressed audiences throughout the country. In fact, the pivotal role played by Aishwarya Narkar as Radhabai was lauded several times. After keeping the audience hooked for the initial months of 2022, Kashibai Bajirao Ballal took a leap of seven years in the month of March. The twists and turns after Rohit Chandel (adult Bajirao) and Riya Sharma (adult Kashibai) entered, took the audience by surprise. Soon after, Farnaz Shetty also joined the cast as Mastani and took the historic tale ahead. While the audience was mesmerised by the show, the tale is coming to a close and prior to the show going off-air, the actors expressed their gratitude to their fans and followers.

As Aishwarya Narkar mentioned, “Kashibai Bajirao Ballal has been one of the finest experiences for me, especially in terms of building beautiful relationships. I have been associated with the show since its inception and the cast is almost like my extended family. I feel really proud that we told such a wonderful tale, which got so much love. The credit goes to all the people involved in the show, especially Shruti ma’am and Vikram sir, and while I take away fond memories from this journey, I want to thank all the viewers who showered us with constant love and appreciation.”

Rohit Chandel also added, “Every show has an end, and our tale comes to a natural close with a lot of memories for all of us to take back. I joined the show earlier this year, but the whole cast had become like a family to me. I am going to cherish all the good times I have spent on the set as Bajirao and while the character has made me a better performer and helped me grow as an actor, I am hoping that the viewers continue to shower me with their love for years to come.”

Riya Sharma even mentioned, “I'm grateful and thankful to the makers for believing in me to help them tell this wonderful tale of Kashibai and I just hope that I have justified their expectations. I must thank our young Kashi, Aarohi Patel, who created this perfect foundation for our main protagonist, that just made it smoother for me to start my journey in the show. I am also thankful to all the viewers who appreciated me and showered me with so much love. I'm very happy that this show happened to me, and it'll always remain close to my heart. Now, I am just looking forward to what's ahead as the show comes to its natural end."

While we will definitely miss watching this historical magnum opus on screen, watch the mega conclusion of Kashibai Bajirao Ballal soon!

+ 2
1 months ago Some TV show should be made on the history about adult Nana Saheb's life after Bajirao and Mastani's deaths.