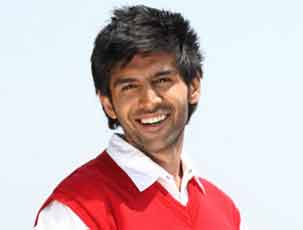 Actor Kartik Aaryan (earlier known as Kartik Tiwari), turned 25 Friday, and he is in Goa to celebrate his special day with his friends.

Kartik, who has earlier starred in "Pyaar Ka Punchnama" and "Akaash Vani", will now be seen in Subhash Ghai's "Kaanchi".

Since he has been busy shooting for the film, his birthday seemed to be a great time for him to take a break from work.

In "Kaanchi", which is likely to release in 2014, Kartik will share screen space with debutant Mishti.