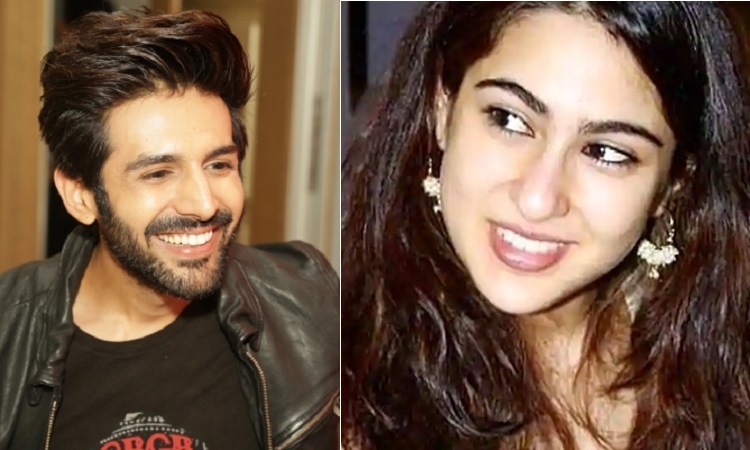 As much as debutant Sara Ali Khan is wooing the audience with her impressive acting skills and also her dance skills, the actresses open proposal to Kartik Aaryan on Karan Johar's celebrity chat show 'Koffee With Karan' has grabbed major eyeballs.

When she appeared on the show with her dad Saif Ali Khan, Sara stunned us with her talks and the maturity level that she has. Apart from this, Sara also went on to reveal that she wants to date actor Kartik Aaryan and when host Karan Johar asked if she wants him to convey this proposal to Aaryan, she instantly said tellna.

The actress had especially said on the show,"Ranbir's great, however, I don't want to marry him. I must have said that three to four years ago. But yes, I'd still love to date Kartik".

So, recently at an event, Kartik was asked about Sara's likeness towards him and he blushing stated,"I don't know what to say to that. All I can say is that she is very pretty and I am really looking forward to her film".

Kartik also said that he would like to take Sara out on a coffee date."Haan, coffeepeenachahoonga,"he told the reporters at the event.

Once again Kartik Aaryan was quizzed about Sara having a crush on him and this time he expressed to DNA, "I'm waiting for her address". Further, he was asked if the two have ever met each other in person, to which he revealed, "Yes, we just exchanged hellos at a party. That's all. She's lovely and I wish her the best for 'Kedarnath'".

Well, this answer will sure make Sara do the happy dancing. yesterday, Kartik was also snapped at Kedarnath screening.

Meanwhile, Kartik and Sara are all set to pair up for Imtiaz Ali's next and it would be interesting to see their on-screen chemistry. Given that Sara is immensely fond of the actor, the expectations from the two are sure going to be high.

'I Don’t Do Paid Promotions': Karan Johar Clarifies on Request of ...

RapChick101 1 years ago I'd love to see Kartik Aryan and Sara Ali Khan together!

Shipping them (on screen at least) FTW

shanaya21 1 years ago Sara Ali Khan is a very beautiful actress and she's going to go very big in bollywood.