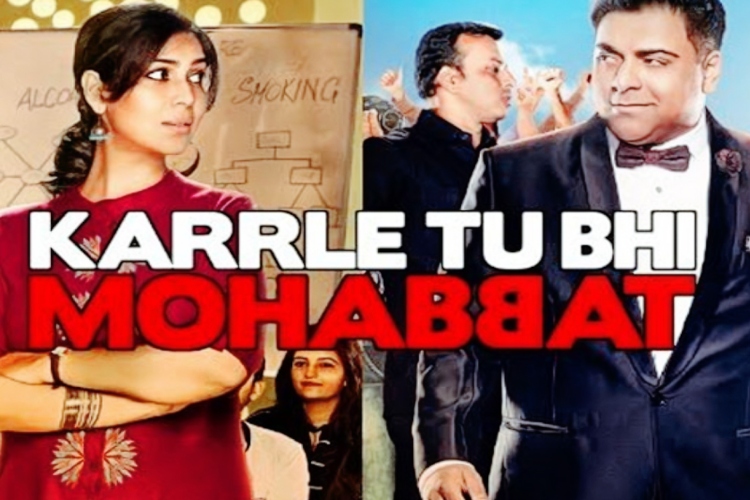 After waiting for almost a year, ALT Balaji's popular web series, Karrle Tu Bhi Mohabbat, released all episodes of its third season on the 2nd April. Large credit of the success of this show goes to its lead actors, Sakshi Tanwar and Ram Kapoor, who essay the characters of Dr. Tripurasundari Nagrajan and superstar Karan Kapoor respectively. Playing supporting roles in the current season are Karishma Tanna and Hiten Tejwani, amongst others.

This season picks up exactly where the last season ended. The previous season ended on a cliff-hanger where the viewers were surprised to realise that the couple seemed to have parted ways after a 5 years leap; not to mention the inclusion of Tanna and Tejwani's characters of Zoya and Ved respectively. The ending was unexpected and it only increased the viewer's excitement for the third season.

The first episode is dedicated to introducing the characters and the complicated relationships they share. Kapoor's lifestyle and changed thought process is the main highlight of the episode which is interspersed with flashbacks from his short lived happy marriage with Tipsy. Zoya is revealed to be the CEO of a production house and seems to be involved in a no-strings attached relationship with Kapoor. The episode nears to an end when Tipsy comes on screen as she makes a return to Mumbai with her daughter, Piya, and a man who Piya considers a father figure, Ved. The episode ends at another cliff-hanger where Kapoor comes face to face with Tipsy and her new family. What happens next is for the viewers to watch in the remainder of the season.

The selling point of the show from the beginning has been the chemistry between the two main characters and that has been maintained, which can be seen in the flashbacks. The suspense behind the reason of Kapoor and Tipsy's separation is also maintained well, increasing the average viewer's curiosity. The dialogues are well written with crisp narration, and the actors have performed ably, making the show all the more interesting.

While the episode seems to have struck the right chords with the audience, we do foresee that certain aspects of the show may be a bit of a turn off. For instance, there was too much of a focus on Kapoor's life, with too little information about what has been going on in Tipsy's life all this while. While the ambiguity works in keeping the suspense intact, it may also prove to be a deterrent as the audiences may soon lose patience. However, the fact that all the episodes of the series are up for streaming on Balaji's platform and app, we're sure fans of this show are going to spend the rest of their day binge watching this show!

Karrle Tu Bhi Mohabbat's third season seems to have checked all the boxes to garner views and acclaim. With Sakshi Tanwar and Ram Kapoor slipping into their roles effortlessly, and the suspense behind their characters' separation that will keep the viewers intrigued, this series will definitely maintain the popularity it gained with its previous seasons. For a first-time viewer, we definitely would like you to watch the episode (and marathon the previous seasons!) before rendering your verdict on the show. For the fans and regular viewers, we, at India Forums, are sure you must have watched the first episode by now. Do let us know what you think about it!

+ 4
2 years ago Hiten Tejwani u rocked as ved. Cannot wait to see ght in any show as main leads.