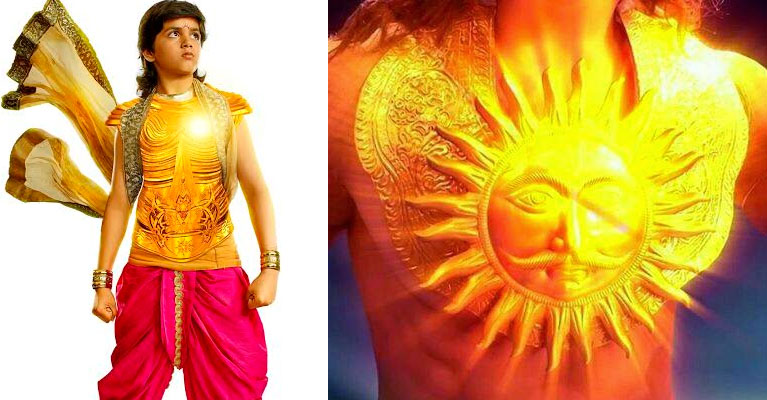 Karn's struggle to win his foster mother Radha's love and his cute relationship with Kunti in Sony Entertainment Television's Suryaputra Karn is already winning audienceâ€™s heart. However the upcoming episode will bring a new twist in the young heroâ€™s life as he will discover his biggest asset in the time of danger â€“ his kavach!

It will so happen that Karn and Kunti will be out looking for kasturi mrig. Post a nap, Karn will spot the kasturi mrig and start chasing it while a tensed Kunti will run behind him to keep up. However, this chase will lead Karn to the top of a hill where he will occidentally slip on a rock and reach the end. Kunti who is running behind him will also slip on the rock but the courageous Karn will protect her. Being a kid, he will not be able to take her weight and falls off the hill into the river. During this fall, a golden light emerges from Karn and the kavach appears leaving him shocked!

How will he react to this new find? Stay tuned to find out!

+ 2
5 years ago How is Shantanu Maheshwari related to this article ?? lol

why Tag Other Artist name they r Not related from This Suryaputra Karn Show why tag ???