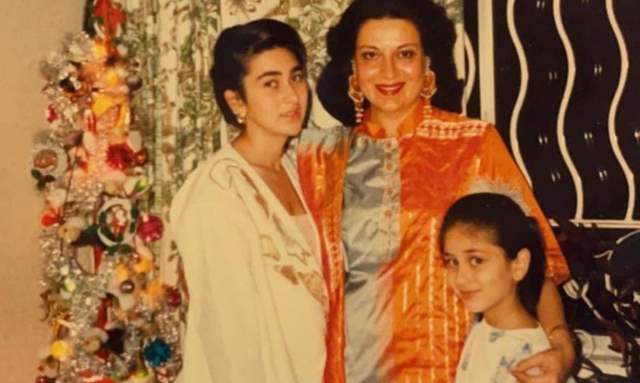 Kareena Kapoor Khan can't wait for December to arrive. While Christmas is still a distant merry, the actress is surely letting herself enjoy some festive cheer. On Saturday, the diva treated her fans with a cute throwback picture and shared one of her December memories celebrating Christmas.

The picture was also accompanied by a little note which read, ‘Is it Christmas already?#mammas girls #these outfits are awesome #the80s @therealkarismakapoor’

Meanwhile, on the work front, Kareena will be next seen in Laal Singh Chadha, co-starring opposite Aamir Khan. Helmed by Advait Chandan, the Bollywood film is a remake of the Hollywood classic Forrest Gump. Apart from this, Kareena is also a part of filmmaker Karan Johar's period epic Takht.

She recently launched her book ‘Pregnancy Bible’ and it is a personal account of what Kareena experienced physically and emotionally through both her pregnancies.