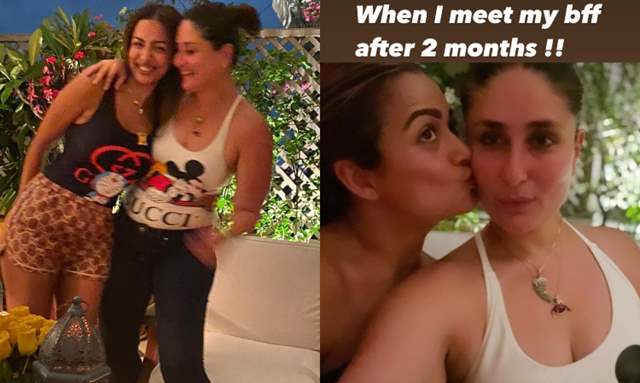 Malaika Arora, her beau Arjun Kapoor, sister Amrita Arora arrived at Kareena Kapoor Khan's residence for a small party on Friday evening. The trio had a happy start to the weekend as they met after two months.

Taking to their Instagram handle, the best friends shared pictures from their reunion on Friday night. Sharing a photo with Malaika Arora, Kareena Kapoor wrote, "Gucci bffs forever." Both of them were seen wearing Gucci tank tops in the photo. While Kareena wore a white Mickey Mouse top with black pants, Malaika was seen wearing a black Gucci top with Doraemon on it.

On other hand, Amrita was seen planting a kiss on Bebo’s cheek. Reposting the photo on her Instagram Stories, Kareena wrote, "Met my BFF after two months." All three of them appeared to have met at Kareena's new home in Mumbai. 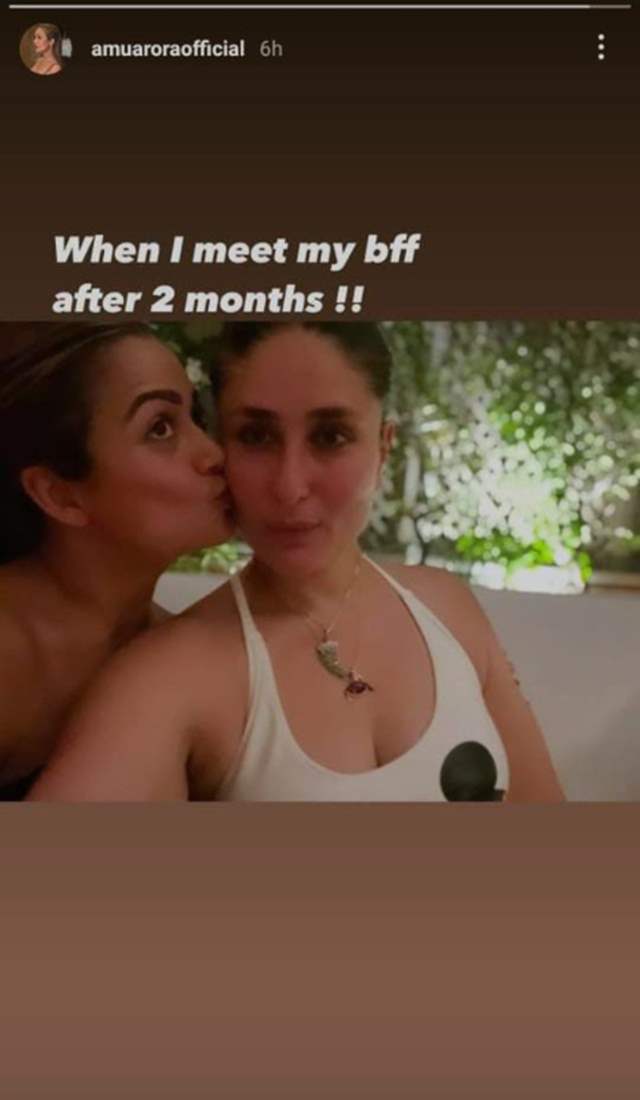 Meanwhile, the paparazzi clicked Arjun Kapoor with Malaika while they were heading towards their car after spending time with Kareena.

On the work front, Kareena Kapoor was last seen in Irrfan Khan-led ‘Angrezi Medium’ playing the character of an Indian cop in London. One of her upcoming films is the much-awaited ‘Laal Singh Chaddha’ co-starring Aamir Khan. The film is an official remake of the 1994 blockbuster ‘Forrest Gump’ starring Tom Hanks for which he won an Academy Award for Best Actor in the Lead Role.