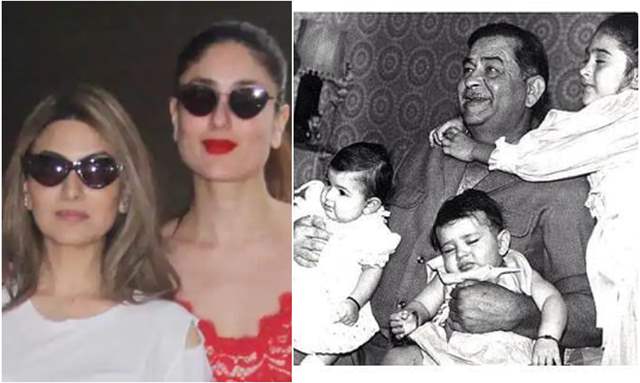 Riddhima Kapoor Sahni celebrates her 40th birthday at home with a family considering the spread of the on-going pandemic. Her birthday party was attended by Kareena Kapoor Khan, Karisma Kapoor, Ranbir Kapoor, Neetu Kapoor, and Alia Bhatt. Riddhima took to Instagram handle and shared a glimpse of her intimate birthday bash.

However, Kareena Kapoor Khan had a special surprise for the birthday girl and shared a rare and unseen childhood picture of them along with Raj Kapoor.

Riddhima’s birthday bash was an intimate affair and she even posted pictures from her party. Apart from that, Riddhima’s husband Bharat Sahni had shared a clip featuring Neetu Kapoor, Ranbir, Alia, Aadar Jain, Armaan Jain and several others grooving to the tunes of 'Aap Jaisa Koi Mere Zindagi Me Aaye'.