'I've five films in various stages of production. Then I've nine endorsements for which I've to shoot ads round the year. Plus I've all these stage shows that require rehearsals. I can't seem to find the time to do anything properly,' Kareena told IANS on phone from Melbourne.

She has, in fact, agreed to perform at the International Indian Film Academy (IIFA) awards on June 8 in Bangkok and is rehearsing for it. 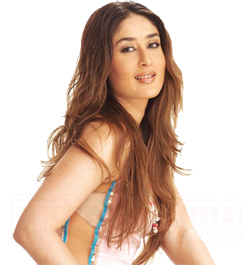 'I'm performing a medley of my songs from 'Jab We Met' and 'Tashan'. Gone are the days when I'd go on stage with just a little practice. Now I want to be my best in every stage performance.

'Here in Melbourne I'm rehearsing for IIFA at nights and shooting during the day. Am I overworked? I'm exhausted. But what choice do I have? I've decided to take my live performances as seriously as my movies and endorsements,' she said.

After Melbourne and the IIFA performance, Kareena will spend some time with her beau Saif Ali Khan in London and then move to Los Angeles for a 40-day shooting for Sajid Nadiadwala's 'Kambakht Ishq'.

'I'll be away from home for more than three months at a stretch. I miss home. I miss my family. I've never been so much out of Mumbai. I'll finish shooting here, then head to perform at the IIFA. In fact, I'm working so hard that I hardly get proper sleep. I feel like I haven't slept for ages.'

She'll join Saif in London from June 20. Saif will be shooting in the city for his first home production to be directed by Imtiaz Ali and Deepika Padukone is playing the female lead in it.

'I'm so happy for them. I hope they'll be happy together. It feels so nice to have another Kapoor from my generation doing so well. He was fantastic in 'Saawariya'. He's here to stay. I feel a sense of pride and belonging for him. The Kapoors and Khans are rocking the industry.'

No hard feelings about not being in Saif's first home production?

'None at all,' Bebo laughs. 'I joked at the Stardust awards about not being in Saif's first production and everyone took it seriously. Honestly, I enjoy meeting him outside Mumbai. At least we can have some privacy. At home me and Saif can't even go out for dinner without people staring at us, constantly judging our behaviour.'