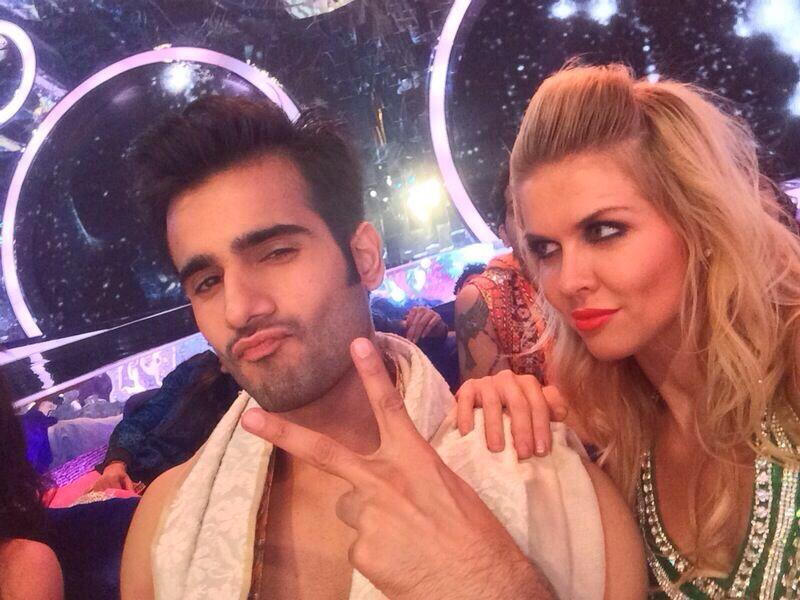 Television's handsome hunk Karan Tacker is currently seen in the popular dance reality shows Jhalak Dikhhlaa Jaa Season 7. He is being paired with Russian choreographer Elena and both are setting the stage on fire with their excellent dance moves. Apart from dancing and acting, the heartthrob actor seems to very much active in social work as well.

The actor along with his choreographer Elena has planned to visit an NGO tomorrow where they will teach dance to the kids there. They will interact with them and will do lot of stuff with the kids tomorrow that is 25th June.

As a source close to Karan said, "Every week, after a hectic schedule of Jhalak he takes a day off and on that day he prefers doing such kind of social work. Not only he but his mother is a kind of a social worker and she looks after few NGOs and orphanage. Thus tomorrow he had has taken off and is going to an NGO which is owned by Manyta Shetty and it is at Bandra BKC. He will present from 2.30 onwards as before that the kids will be in the school."

This can be a part of their promotional activity for Jhalak Dikhhlaa Jaa Season 7 as he is trying  to get connected with the people to get more votes.

We called Karan to know more about the NGO but being with the shoot he couldn't revert back .

TellyBuzz wishes Karan Tacker and Elena all the best.

safs_khan 6 years ago He needs to concentrate more on his dance then trying to gain sympathy votes... just a reminder your an actor not a politician...It looked more like promotional for Jhalak then anything else and If it is for votes he needs to admit it instead of manipulating people P.S Disliking my comment isn't going to change the facts!!

6 years ago so proud to be a KTian...people r saying u r dng this fr only votes & evn if its true i dnt find anything wrong in this...others r practicing a whole week & jst beg on mike to vote bt u take a day off for sumthing really gud...so nothing is wrong in that...RESPECT...respect is all i cud give u Karan...u r dng a great job & keep it up...love you & wl always support u &lt;3

6 years ago Karan Tacker...amazing pics and videos from your visit to the NGO
awesome u r...!!!!

6 years ago Karan tacker you are true star &lt;3 Proud to be your fan!
Thanx IF for this lovely article

+ 4
6 years ago Such a sweet and noble thought!!
Karan Tacker you are one of the most humble and genuine human beings ive seen!!!
Love you always&lt;3

+ 2
6 years ago The kids at the NGO can't vote for him.. it's not always about votes ! Let a person do something good without everyone being cynical about it