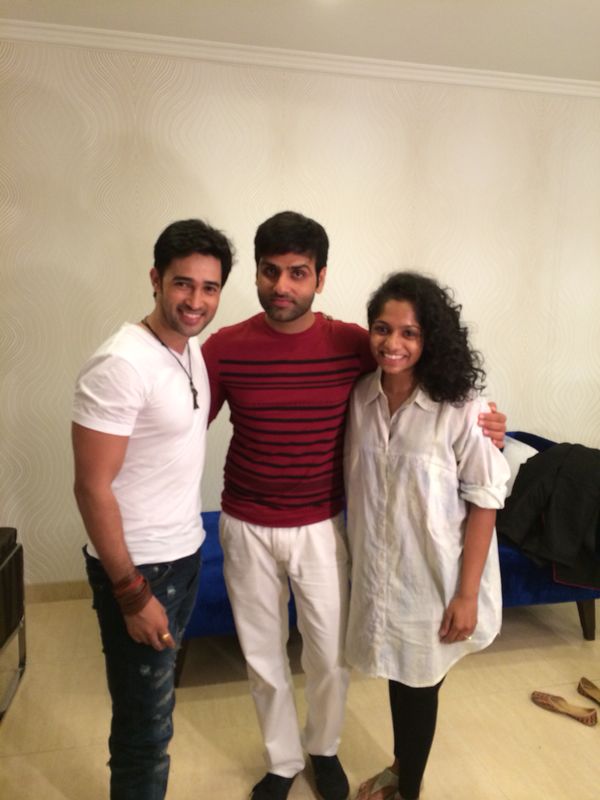 Our source informed us, "Karan Sharma along with Jamie Lever, who is the daughter of popular comedian Johny Lever will be seen doing a mimic act. They showed the journey of an actor and an actress in which Karan did the mimicry of various Bollywood actors."

When contacted Karan, he said, "This is the first time I have performed mimicry and that too with the talented comedian Jamie. I did the mimicry of Amitabh Bachchan, Dev Anand, Dharmendra Singh Deol, Shah Rukh Khan and many others. The experience was superb. Jamie is a great artist and we hardly had 2 days to prepare ourselves for the act. It was a challenge for me to perform on the stage in front of live audience as I am performing after 5 years when I used to do theatre."

"I also imitated Anu Malik in front of him only. I have never met him before in my life so it was little difficult for me to imitate him. I worked upon my voice so that I can enact him well and it was liked by the judges and the audience present there," concludes Karan.

kinsara.npl 9 years ago must watch movie and hrithik you are an ouyatanding. i saw movie 4times first two times i like the movie and next two times i watch for hrithik only i just looking at him each and every emotion that he portrayed is fantastik.all the best hrithik may all the success come to your way.

aamir15 9 years ago wow dat means its a superhit movie
yipieee!!!!!!!!!!!!!!!!!
im very happy for u specialy katrina
katrina u were outstanding in the movie
luved ur performance