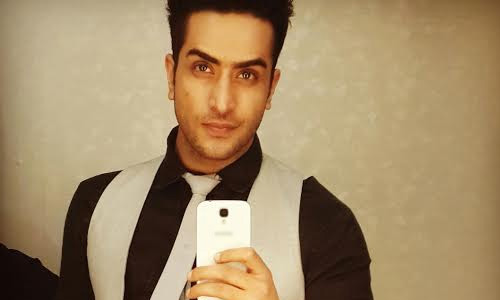 Actor Aly Goni who got an exposure in a reality show Splitsvilla on MTV India, is now gaining praises for his performance in Ye Hai Mohabbatein for Romi's character. While the viewers quite like his acting skills, we ask Aly about his bonding with his co-stars, character and more...

Talking about the character Aly says, "I relate to my character because I am a kind of guy who likes being surrounded by girls (laughs), one who enjoys his life completely. So somewhere I relate to my character but I am blessed to bag a role which relates to my nature. I realized this when Ekta Ma'am described my character to me."
How is Aly's bonding with his co-stars? "I share a very good relation with all my co stars, Karan Patel is like a brother to me. Its fun to be with him so we both hang out together."
Has Aly taken any efforts to portray this character well? He says, "Acting was never my cup of tea. When I was new, I used to get negative comments from my director. But gradually I have learned from my mistakes and  now I completely enjoy working and being a part of this show."
Sharing his experience of doing Splitsvilla he says, "For a guy like me who hails from Jammu and participating in a show like Spiltsvilla is a big deal. That was also a complete new thing for me where you have to survive yourself with strangers."
Lastly he concludes with a message stating, "I just love them and believe that viewers play a strong role in making an actor. They make such lovely videos and pictures which is really loved by me. These days people don't get much time but I am glad to know that they are spending their precious time for us."
Phalguni sharma

+ 6
6 years ago Karan Patel really is awesome. Gem of a person

love all the scenes u both have together 6 years ago Love you karan patel..u are such a great actor...

6 years ago Karan Patel love your character of RKB!!!