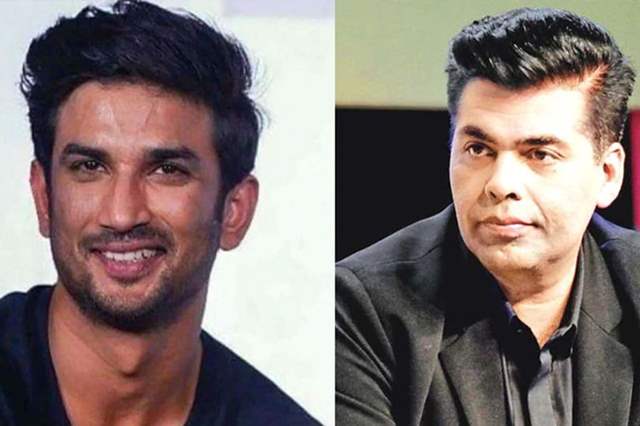 Karan Johar as been under the media scanner since the time he posted his emotional message bidding his last goodbye to Sushant Singh Rajput. Since then, the filmmaker has been receiving a huge backlash on a daily basis from the netizens who have been accusing him for being the flag-bearer of nepotism in the Hindi film industry and for not allowing any outsider to create their niche in Bollywood.

As known, it has been Kangana Ranaut and a few others who have been vocal about these factors especially in connection with Rajput's case. While an array of celebrities have already been roped in by Mumbai Police and they have even arrived and submitted their statements. While filmmaker Mahesh Bhatt's statement was recently recorded, it has now been confirmed that Johar will be summoned by the Mumbai Police too.

According to ANI, they carried a statement on their Twitter handle which read, "Filmmaker Karan Johar's (in file photo) statement will be recorded this week in the Sushant Singh Rajput case: Mumbai Police.” There are reports that the CEO of Dharma Productions, Apoorva Mehta has also been summoned by the police. On Sunday, Maharashtra Home Minister Anil Deshmukh had said in a statement which was carried by TOI. His statement read, “In 1-2 days Mahesh Bhatt's statement will be taken. Then under CrPC Kangana Ranaut has also been summoned. Whoever is needed we will summon.”