Star Plus show Mere Awaaz Ko Mil Gai Roshni failed to strike a chord with the viewers even after the change in time slot and change in storytrack. 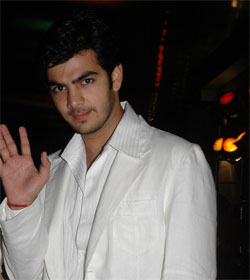 Featured Video
Karan Grover who played the lead until recently blamed the current TV environment for the show's lack luster performance. "The audience is used to heavy duty drama which Mere Awaaz does not offer". Further he felt that, had the creative team stuck to the original concept of the show, may be it would have worked . "The theme of music which was supposed to be the show's USP gave way to the lead's personal problems". However, he did admit that the channel tried out various techniques, like bringing in a large number of new entries to spice up the show, but unfortunately nothing worked.

Karan maintains that he has no problems with his exit from the show. "I had a great time. Anyways, my character was stagnating, so it's better that I was eased out", says Karan. However he did not rule out a return. "Raj is not shown to be dead, he has just gone away. So, If the production house calls me, I will take a call then", opines the actor.

Remind him of Nach and he question's the logic of the voting system, "How come jodis who remain in the top league for a stretch of 4/5 weeks, suddenly get voted out in the next round? I also found a lot of mismanagement on part of the organizers. Things went pretty hay wire". He also dismissed allegations that Kavita was trying to get audience sympathy when she said that she was unwell. "Had we wanted the same, we could have tried that stunt on the very night when we got eliminated", he retorts.

14 years ago I like him but I dont like what he said. They were horrible in Nach!!

14 years ago miss him in MAKMGR,
i loved his caracter in the serial.

miss the Raj-Sudha couple.
They were choo cute together