We had reported earlier that Star Plus' Mitwa Phool Kamal Ke, produced by BAG Films will see the entry of a new guy in the life of Bela (Tanvi Bhatia). 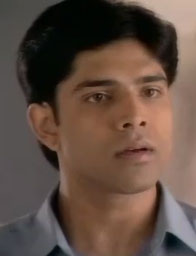 Featured Video
Kapil Soni who has been seen in shows like Thodi Khushi Thode Gham, Parivaar, Ruby will be the new man in the protagonist's life.

According to our source, "Nishant Shoukeen was earlier finalized to play the role. However, the actor had to move out of the show at the last minute due to some personal reasons. Kapil Soni who has worked with BAG Films earlier in Ruby will play the eligible bachelor who comes into the life of Bela".

"Along with him, his entire family will be entering the show. Kapil Soni who essays the character of Bhanu belongs to a high class family. While the love story of Bela and Birju (Mohit Malhotra) is blossoming at one end, Bela's family will finalize her marriage with Bhanu. With the entry of this character, there will be some new twists in the show", adds our source.

When contacted, Kapil Soni told us, "I am starting shoot for Mitwa from today. I am thankful to Ritu mam for giving me this role. It's always a nice feeling to work for BAG".

Well, get ready for yet another love triangle in the making…

+ 3
13 years ago i hate this jaat paat things too....its just disgusting while entire world is progressing ......with all this orthodox things our country is lagging behind........
and though i dont watch this drama regularly ...i have seen very few epi
and from new entry i sense that they are going to follow story lin eof............HUM DIUL DE CHUKE SANAM main be