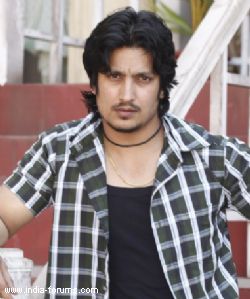 Kapil Nirmal has kept his feet on each channel starting with Raja Ki Ayegi Baraat on Star Plus, followed by Imagine TV's Pardes Mein Mila Koi Apna. Now he will be portraying a lead role on Colors' Na Aana Iss Des Laado.

Tellybuzz had earlier reported about a new family in the show which will eventually bring a social awareness in the society. We now bring to you a few more names that would complete the family tree.

Rana will have three sons amongst which one (Shobhit Attray), the youngest brother who have already made his entry into the show.

A source from shells out some more details, "Kapil Nirmal will play Surya, the youngest brother of Kuldeep and will be paired opposite Janvi (Vaishnavi Dhanraj). His character will have grey shades in the initial stages but later will turn positive."

"Apart from Kapil Nirmal, Anil Lalwani last seen on Star One's Love Ne Milla Di Jodi would essay the eldest brother named Kuldeep who too will be a negative guy," adds the source.

Kapil Nirmal and Anil Lalwani both confirmed the news.

With Surya's entry, its going to be a spell of romance in Janvi's life...

sudhalata1 8 years ago welcome back kapil...couldnt watch your entry. all the best...

sudhalata1 8 years ago great news...finally we get to see him on screen. good luck kapil