Kanwaljeet Singh was last seen on Sony's Aisa Desh Hai Mera and now the veteran actor is back with new offering of Star Plus, Sabki Laadli Bebo, produced by Endemol. 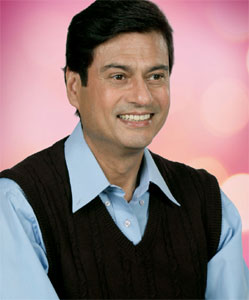 Featured Video
Back to the channel after a long association in the past, the actor states "I am returning to Star Plus after ten years with Sabki Laadli Bebo. My last show with the channel was Saans with Neena Gupta. I feel great to be working for them again".

He got a similar offer from another show, but opted for Laadli Bebo. "I would not like to name the show, but somewhere I felt this story has more substance and liked the script", he adds further.

"I feel if you get a good base, you can construct the building well. This is the story of a family where the father longs to have a daughter after having three sons. Even when the third boy was to be born, he wishes to get a girl.  He loves his sons a lot, no doubts about it but he has a desire to get a girl child in his family. Finally his wishes are answered with the arrival of Bebo", he explains.

Elaborating more about the story line the actor chirps, "This is not a documentary but a simple, emotional and beautiful story of Bebo and the ups and downs of her life".

Talking about the lead Shiv Shakti aka Bebo, Kanwaljeet verbalizes, "She has not even started with her shoot but people here have already started loving her. For me she is like my daughter", he concludes.

Kanwaljeet has surely given the 'Saans' to this new show on Star Plus!! 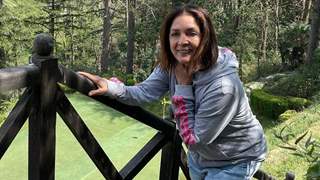 I always prefer classic content as it takes me on a nostalgic ride to ...

+ 8
12 years ago It''s nice to see Kanwaljeet back on TV after a long time. Wish him all the best for his show Laadli!!

Kanwaljeetji is such an exemplary actor and I was really happy when I saw him in the the promos of Laadli !

12 years ago the promos look interesting, can''t wait to watch it...

Funny how I was just watching Satte Pe Satte over the weekend and was wondering what Kanwalji might be up to, my question seems to be answered.

12 years ago Love love this guy. You know there was competion betwen Shabana Azmi and Neena gupta when they were stydying in some film institute. he was such good looking actor. I luv his wife Anuradha Patel too. She is cutie too.

but yeah from what i remember he was a brilliant actor, his chemistry with Neena Gupta was natural .. although i hated him when he started having an affair with the other lady lolz ...

proves that he is a great actor, and could make audience hate or love him lolz

+ 5
12 years ago I loved Saans, thought it was an amazing show!! Hope he had a good break, and good luck to him on his new venture!! xx

+ 3
12 years ago i luved him in Farmaan where he played a hyderabadi prince. His meetings with his employee played by deepika deshpande and their serious-romantic interactions is still fresh in my mind. Its refreshing to see such natural actor back on screen..And yes shivshakti is very lovable.