View Profile
Kangna Ranaut has certainly kept busy these days, and not just with UK-based doctor-cum-boyfriend, Nicholas Lafferty, who appears to have currently been spotted in 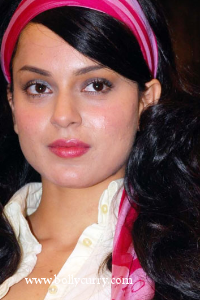 town recently, but with her five films that she's juggling during short time periods. But as we get closer, she reveals her excitement toward three major sequels that will help her climb the ladder in the film industry and rank her potential as a top actress.


Ranaut not only expressed much excitement for the opportunity to star in three upcoming major successor sequels which consist of Dedh Ishqiiya, Krrish 3 and Tanu Weds Manu 2, but also shares her joy of having the privilege of sharing screen space with popular actress, Madhuri Dixit-Nene, and handsome hunk, Hrithik Roshan. Krrish 3 will provide India with their first superwoman in the form of Ranaut, and Tanu Weds Manu 2 will see the actress playing a double role in the movie.

According to Ranaut, if she portrays these roles to perfection opposite her A-list stars then these may well be career-changing enhancements in her life. She is geared up with positivity and considers these major continuations as her lucky charms - not to mention she may well be smitten with the whole concept of sequels and can be counted in line for future trends.

BollyCurry wishes Ranaut the very best of luck with complete faith that she will succeed in making her name among the A-list celebs very soon.

Kangana Shares Video of Anurag Confessing To Have 'Abused a ...
46 minutes ago